Developer to ask for appeal of OMB Pointe Estates ruling 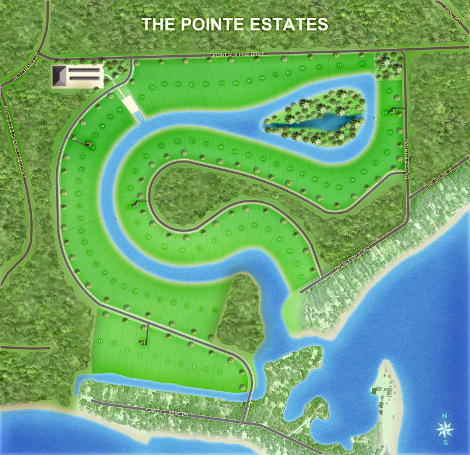 The legal team representing local developers Jeff Avery and Dr. Patricia Avery have prepared and delivered legal documents requesting an appeal of an Ontario Municipal Board (OMB) ruling that denied development of the Pointe Estates subdivision.

The appeal request will be made to the Divisional Court in Sudbury, appealing OMB Chair Blair Taylor's February 27 ruling.

It is not known when the motion requesting an appeal will be heard.

"Our hope is that a ruling by the Divisional Court will simply overturn the OMB decision and will substitute a decision granting an appeal the OMB should have made in the first place," said Orlando Rosa, the Averys lawyer, speaking to SooToday.

"The difficulty we have with the ruling is that we had two planners (Bill Wierzbicki and City Planning Director Don McConnell) giving evidence that this development was fine and acceptable as per the law, but Mr. Taylor, who is not a planner, said it doesn't meet the criteria, but there's no evidence whatsoever the proposal did not meet the Planning Act requirements," Rosa said.

"All the evidence pointed one way and he (Taylor) made his decision based on no evidence, there was no evidence presented by anyone that this development proposal did not meet the criteria set out in the Planning Act and the Provincial Policy Statement."

The documents prepared by the Avery legal team state the OMB chair improperly handled the hearing in several ways, including his decision to abide by the April 2014 Provincial Policy Statement (PPS) regarding proposed developments, instead of the 2005 PPS, under which the appeal was filed.

The documents also criticize the chair's acceptance of testimony of those opposed to the Pointe Estates proposal as expert testimony, rather than opinion.

"I feel good about it (the request for an appeal)," Rosa said.

The proposed development, as envisioned by the Averys, would have consisted of a 91-lot single detached rural estate subdivision south of Pointe Aux Pins Drive, west of Dalgleish Road, north of Alagash Drive and Pointe Louise Drive.

The plan included a man-made canal connected to the St. Marys River, with dock facilities for boat-owning residents and a boat storage area.

The Pointe Estates development area is 102 hectares (252 acres) in size.

The Avery appeal to the OMB was in response to a July 2013 city council decision to reject city staff's recommendation to go ahead with the proposed development, based on environmental concerns put forward by opponents of the development.

Defenders of the original city council decision, composed mainly of a group of environmentally-concerned residents of Pointe Louise Drive known collectively as the Pointes Protection Association (PPA) were represented at the OMB hearing by Sault lawyer Helen Scott.

The PPA and its president, Peter Gagnon, Oswald and other opponents maintained from the start Pointe Estates would cause damage to the quantity and quality of the area's wetlands.

Copies of the documents requesting an appeal have been sent to the OMB and other parties involved with the hearing, including the city of Sault Ste. Marie, the Pointes Protection Association (PPA) and Oswald.

City council will decide what its response to the notice of motion will be later Monday afternoon in a caucus session.

(PHOTO: An artist's rendering of the proposed Pointe Estates development is pictured above)