They're not at all impressed with Orazietti's stance on steel, and say they were already doing what he says the federal government should do
0
Feb 8, 2016 4:00 PM By: Darren Taylor 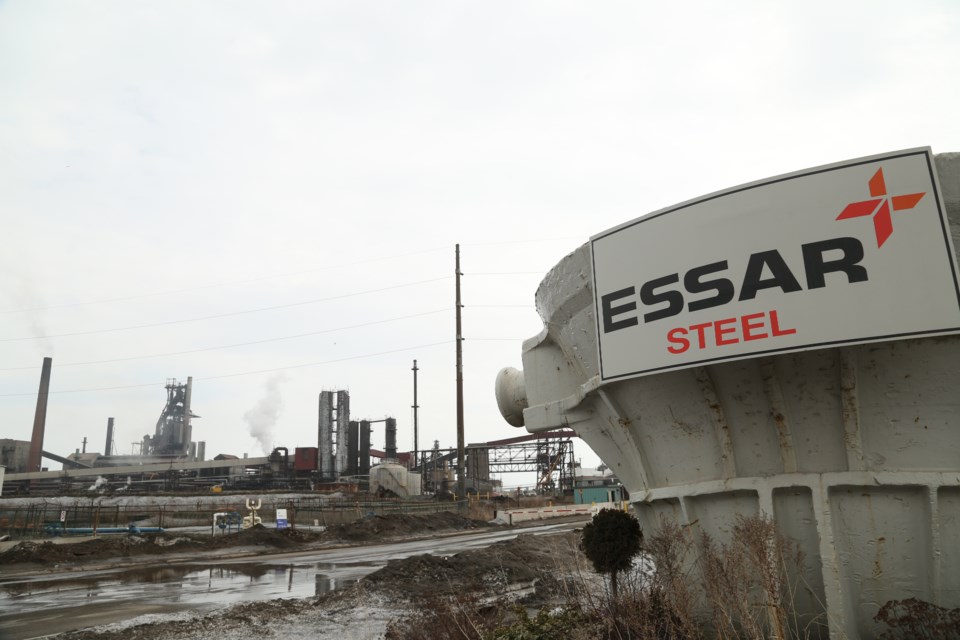 Local Conservatives are lashing out at Sault MPP David Orazietti for comments he made at a meeting with local steel industry stakeholders last week.

In a news release issued Monday, the Sault Ste. Marie Conservative Electoral District Association (EDA) wrote "his (Orazietti's) comments at that meeting were both misleading and underwhelming."

Orazietti said the plan, which calls for a fair playing field for Canada's steelmakers as they compete with steel imports from countries such as China, India, Russia and Turkey, should have been put in place by the former Conservative government.

Essar Steel Algoma expressed its disappointment with a Canadian International Trade Tribunal (CITT) ruling in January that the importing of steel products into Canada by steelmakers in India and Russia has not harmed, or threatens to harm, the Canadian steel industry.

"The former federal Conservative government ignored this issue and their appointees on the Canadian International Trade Tribunal (CITT) have failed to recognize the harm done to Canadian producers," Orazietti stated in a press release issued Friday.

That has brought a response from local Tories.

The local Conservatives state their government had already stepped up to the plate for Canada's steel mills, including the Sault's Essar Steel Algoma.

"As a result of those consultations, the Canadian Steel Producers Association endorsed the federal Conservative budget that already had a modernization of the trade remedy system built into it."

"Today, Orazietti’s federal counterparts are now suggesting that they might not implement the Trans Pacific Partnership, which is the largest trade agreement ever negotiated. Without a trade agreement, there can be no trade remedy system."

"(Orazietti) also knows that Bryan Hayes delivered $30 million in funding to support our steel industry in Sault Ste. Marie in the summer of 2015 because he was standing beside Hayes when the announcement was made."

While Orazietti blamed dumping as a factor in Essar Steel Algoma's current woes, the local Conservative news release wrote "$37 billion more for Ontario’s electricity and the high-tax policies of David Orazietti and Kathleen Wynne" have contributed to the steel plant's troubles.

Orazietti has launched a website which calls on the public to sign a petition for fair trade rules for Canadian steel producers.

To that, local Conservatives responded "a website sounds nice, but if Orazietti really cares about our steel industry and the overall economy in Northern Ontario he needs to do the right thing."

"He needs to help lower business taxes, cancel the tax-grab ORPP that comes into effect in 2017 and lower our electricity and transportation costs," local Tories wrote.