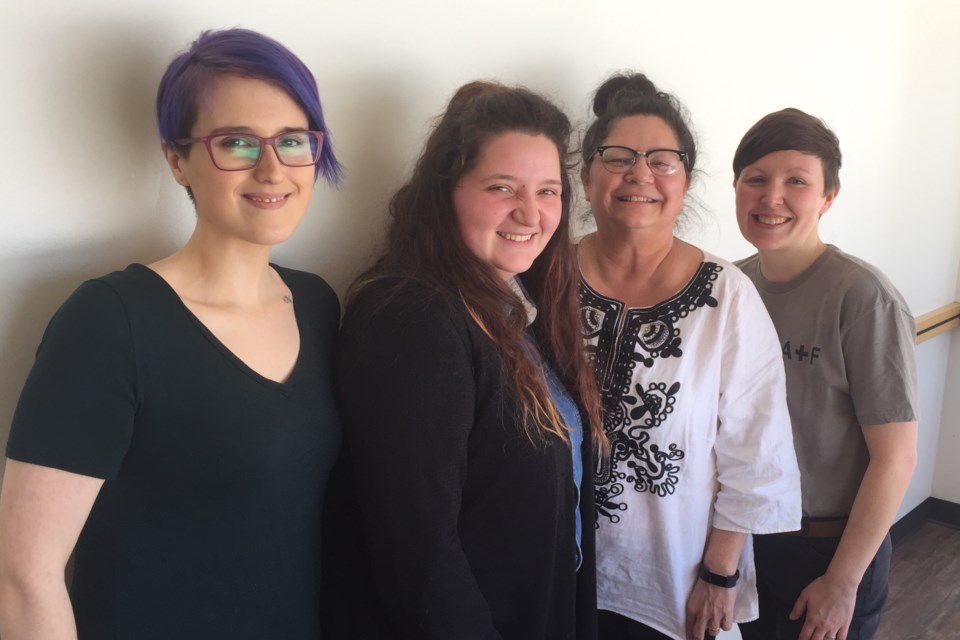 Also on Wednesday, Anishinaabe artists Jaimie Isaac and Roxanne Martin got Wikipedia articles of their own, as did Josephine Mandamin's Mother Earth Water Walk.

In all, about 3,450 words were added to the massive online encyclopedia by a handful of students, staff and faculty at Algoma University during an all-day Wikipedia Edit-a-thon.

"Our goal today was to edit articles relating to gender and women artists, particularly indigenous artists, with a focus on improving that content on Wikipedia," Krista McCracken, Algoma U's archives supervisor, told SooToday.

More than 50 edits or additions were made to a dozen articles, five of which were new Wikipedia entries.

McCracken worked on the Shawanda entry.

"It really looked like Crystal Shawanda's article hadn't been updated since about 2013 when she won Juno awards for her album that year," she said. "Since that time, she's released two other albums in 2015 and 2017."

"I also included some information about her formative years in Wikwemikong First Nation and in Sault Ste. Marie."

It's considered the most comprehensive reference work ever compiled by humans.

"Less than 10 per cent of editors on Wikipedia are women," says the Art + Feminism editing group.

"The fact is when we don’t tell our stories or participate in the ways our history is preserved, it gets erased. Gaps in the coverage of knowledge about women, gender, feminism, and the arts on one of the most visited websites in the world is a big problem and we need your help to fix it."