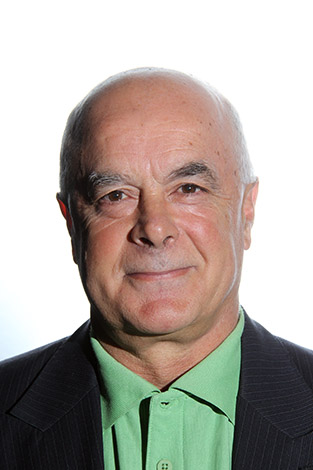 *************************
As we approach another municipal election, I get pretty excited when I see these young, energetic and thought-provoking new faces ready to take on the challenges of gaining a seat on City Council.

And as I see some veteran councillors, like Frank Manzo and Pat Mick preparing for life after City council, I can't help but realize that, maybe, it's time for change.

I believe that this can be achieved, quite simply, by introducing term limits on City council.

It's really quite sad when a City councillor brags about running in his 5th term of office and this is suppose to be a positive message.

With all due respects, is it really a positive message or is it time for new blood with fresh ideas??

You, folks, will vote to decide that.

With the continued success and expansion of STRIVE: The Young Professional Organization, I believe that the writing should be on the wall and it's definitely time to make room for this group of young thinkers, with new ideas and intelligent minds to take over and, perhaps, move this City in a different and, I would say, quite conceivably in a more successful direction.

I mean, we continue down the same road, year after year with the same old decisions and the same old mind sets about how taxpayers money is spent and it seems, that's ok.

Personally, as an example, City Council continues to keep the Norgoma afloat.

The City keeps giving out grants, year after year at a time when we must find a way to bring in the reins.

A different mind set would perhaps realize that, maybe, everyone has to take some responsibility and tighten their belts.

Maybe a 5-10% cut across the board would be requested and could be achieved if we had a different mind set on City Council.

There may be a few exceptions, ie. Conservation Authority.

We need more accountability; for these grants, from the EDC, Innovation Centre.

Where's the money going and can we make cuts.

Can we achieve the same with less tax dollars? I think we can.

A few new faces on Council might clearly see that this is, in fact, achievable.

The 2015 City budget should prove to be the measuring stick for the next 4 years.

I would say that a term limit of 3 terms on City Council would be a fair and reasonable period.

If someone thinks their mission in life was to be on City Council, then they could come back and try again, after a 4 year hiatus. Seriously...

I don't want anyone out there to take this personally but if you do, that's your prerogative. There's no ill intent.

Again, we have many young, intelligent,creative and thought provoking citizens in this great City and we must find a way to give them an opportunity to take charge and lead.

Councillors serving in their 4th, 5th and 6th terms on Council must, I believe, step aside and let this next generation take charge.

That's my personal position on this matter and I hope that many citizens might agree and encourage this message when candidates come to their doors.

Again, on a personal note, I am running in my 3rd term and am quite prepared to have this be my last term.

If this request for term limits fails to pass at Council, then I would still step aside, doing everything in my power to help make sure the new Ward 5 Councillor is a new, intelligent face and not someone who should be left in the archives.

Lots of luck and good health to all the candidates in this year's municipal election.