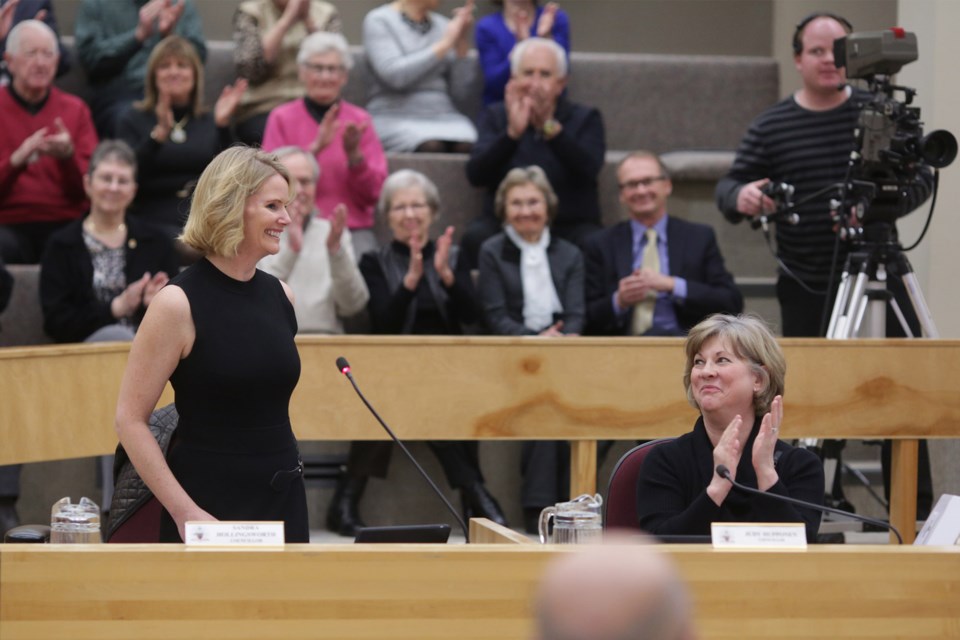 A new city councillor and a change of heart from two existing ones has finally broken the stalemate in the debate on whether the city should operate daycares, at the cost of 32 jobs.

Ward 3 councillor Judy Hupponen, who voted against scrapping city-operated daycares in December, said her change of heart tonight was due to city staff’s inability to find efficiencies.

“I asked staff in December to come back and report to us if this was a situation that could be revenue neutral, and it didn’t. Unfortunately I had to vote the way I think the majority of Sault Ste. Marie would vote,” said Hupponen, immediately after tonight’s council meeting.

During council’s deliberation on the motion, which took up much of tonight’s meeting, Ward 5 councillor Marchy Bruni noted many services and outside agencies the city helps fund — like the Essar Centre, Roberta Bondar Marina, libraries and the Art Gallery of Algoma — are not revenue neutral.

A staff report on the option to move the city-operated daycares to schools — referred to as ‘option 5’ — was accepted tonight as information by council.

Ward 3 councillor Matthew Shoemaker then put forth a motion to accept ‘option 2,’ which would see the city ceasing to operate daycare by December of 2017.

Ward 4 councillor Rick Niro also voted against scrapping the operation in December but changed his vote during tonight’s motion to now be in favour of doing so.

December’s vote to scrap city-operated daycare was deadlocked at six votes per side, which defeated the motion.

With Terry Sheehan’s vacant Ward 2 seat, no deciding vote was able to be cast.

Hollingsworth, who also voted tonight in favour of scrapping city-operated daycare, said standards of care are in place whether the city continues operation or a non-profit steps in to fill the gap.

In a previous report to council, it was stated city-run daycares support 12 full-time and 18 part-time staff in various positions.

Immediately after tonight’s council meeting, Peter Niro, commissioner of Human Resources, said two cook positions will also be affected, for a total of 32.

An estimated $531,000 would be paid out as severance if the positions were immediately cut.

Niro said that number is expected to rise by the time the cuts are actually made.

During a November city council meeting, Community Childcare Manager Carla Fairbrother said there were 503 children on the city’s waitlist for daycare at the time, which included city-run and other licensed childcare providers.

The city currently operates 100 of the 1450 daycare spaces in the city.

Wait times to be accepted to either of the two city-run daycares were between 153 and 290 days.

Of those 503 on the waiting list, 214 were waiting for infant spaces.

Mike Nadeau, who is currently commissioner of Social Services but will soon take on a CEO role with the Sault Ste. Marie District Social Services Administration Board (DSSAB), said additional daycare spaces could possibly be accommodated by a new non-profit operator.

Provenzano said that influenced his decision.

“We have a responsibility to make sure we are doing the greatest amount of good for the greatest amount of people. I was always bothered by the notion the money would go further with the DSSAB system than it would in our system. The result of which is there would likely be more spots with the DSSAB than there would be in the city’s hands,” said Provenzano.

The Ministry of Education changed the funding formula for childcare that resulted in a reduction of over $885,000 in direct childcare program funding for the community.

Those changes went into effect January 1, 2013 and transitional funding was wound down over for 2014 and 2015.