Could region become ‘the mountain biking capital of Ontario?’ 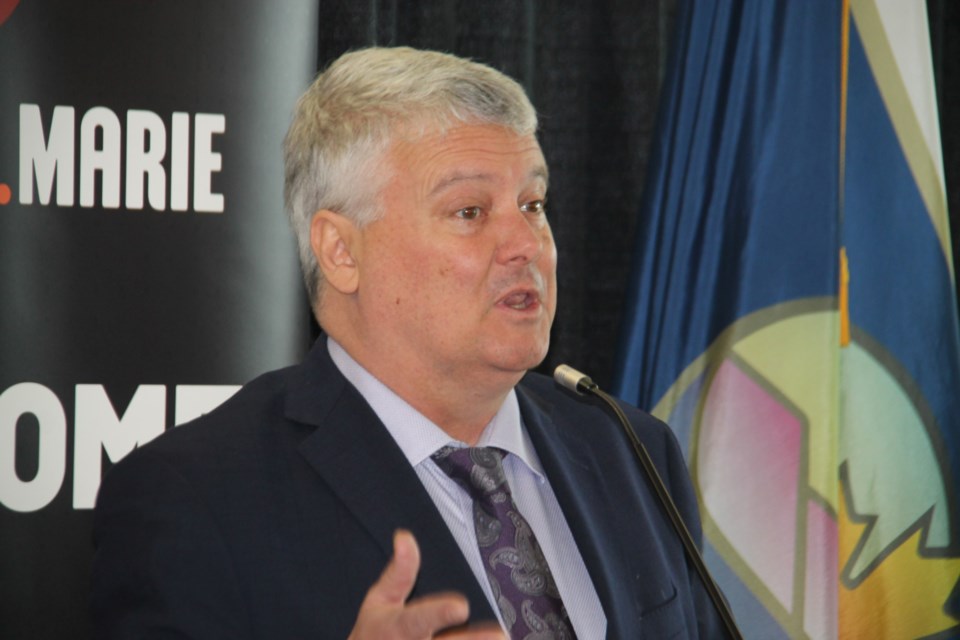 “It’s going to attract more visitors to this great region . . . this four season phenomenon, this trail, is really going to help boost our (tourism) market because on those trails, you can jog on them, snowshoe on them, the sky’s the limit,” Sheehan said.

“We’re looking forward to really using this as a starting point for new development in Sault Ste. Marie. I think the Sault has the capacity to be the outdoor recreation capital of Ontario and the Midwest,” said Travis Anderson, the City of Sault Ste. Marie’s tourism and community development director, speaking to Wednesday’s audience.

“We’ve got some big plans.”

Anderson thanked partners such as the Sault Ste. Marie Region Conservation Authority (SSMRCA) and the Sault Cycling Club for their continued interest and support in the project.

“Our location is a trailhead, but we haven’t developed the trails around the trailhead to the degree that we could...but I think we’re getting there,” said Sault Mayor Christian Provenzano.

The mayor thanked Sheehan for his efforts to secure the funding, noting “we had a very small window (of time) in which to build these trails.”

“The way the funding is structured, it would need to be available by the end of 2021. That’s what we’re targeting for,” Anderson said, speaking to SooToday.

The trail system will head east and north of the Sault.

Anderson said an RFP will soon be issued for construction of the first 15 kilometres of the trail system, connecting Hiawatha to Farmer Lake and Crystal Lake.

“We are in discussions with Garden River First Nation, still in the early stages, but looking at connecting hopefully to Silver Creek and then extending east as well as along some of the corridors.”

In a northerly direction, Anderson said “the other trail will go up to Bellevue Valley and Stokely.”

“Hopefully construction will start as soon as the snow’s gone. Hopefully in May we’ll start one year of construction, which would bring us to November, and at the same time we’ve got to do a trail master plan to map some new trails, and potentially build next summer as well.”

A portion of the new trail should be ready by late summer or early fall 2020, Anderson said.

An application was made to the federal government for funding last year, the federal election campaign delaying the approval process, but Anderson said “it’s early enough now that we can do some planning work in the spring and get going with construction.”

A Sault native, Anderson said he was inspired to push for the trail project by having seen bike trails improve quality of life and tourism when he lived in BC and Michigan.

“We’ve seen communities around the Great Lakes that are capable of attracting 20,000 to 30,000 visitors on an annual basis for their trail systems, so for us that would be huge if we could get a good increase in visitors coming to the Sault for this. Research has shown, in mountain bike tourism, those individuals tend to spend more money, they get off their bikes and spend money on beverages and food. It’s a great investment back into the community.”

The $500,000 in federal government funding announced Wednesday is in addition to $166,000 approved for the project by city council in September.