Job expected to go instead to Hamilton-based Carlington Construction Inc.
Nov 17, 2019 9:30 AM By: David Helwig 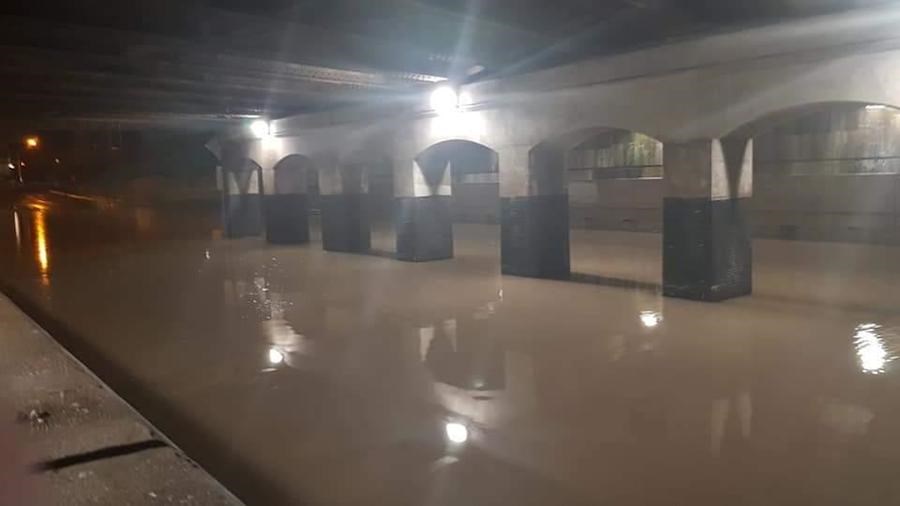 Sault Ste. Marie City Council is expected to award a contract on Monday for additional repairs to the problematic Wellington Street underpass.

The job is expected to go to Carlington Construction Inc. from Hamilton, which had the lowest among five bids at $346,996.

George Stone & Sons originally had the second-lowest bid, but sharp eyes at the civic centre noticed a $622,100 arithmetic error in the Stone bid, which was recalculated to $952,551.

The Stone & Sons miscalcuation was itself larger than any of the five tenders submitted.

A recent biennial bridge inspection found concrete repairs were needed to the centre support piers and the southwest parapet wall of the CN Rail underpass.

Delaminated concrete will be removed from the centre support columns, which will then be sandblasted and refaced, with possible replacement of corroded reinforcing steel.

The parapet wall, which separates the sidewalk from the roadway, was damaged when it was struck by a vehicle.

Under a 1960 agreement, costs to maintain the bridge are shared equally between the city and the railway.

The work is expected to take 10 weeks.

Repairs were originally to be completed by Dec. 19 but it’s now considered too late to start this year.

That part of Wellington Street will closed during the construction.

Tulloch Engineering, retained by the city to provide design and contract administration on the project, says it’s unfamiliar with Carlington’s work, but adds: “We have reviewed their submitted experience summaries and have spoken with some of the named references and are satisfied Carlington Construction Inc. has the required experience and personnel to complete the project in a timely and acceptable manner.”

The Shaw Spotlight broadcast of Monday’s City Council meeting will be livestreamed on SooToday starting at 4:30 p.m.

Behind on your PUC bill due to COVID-19?
Jul 13, 2020 10:30 AM
Comments
We welcome your feedback and encourage you to share your thoughts. We ask that you be respectful of others and their points of view, refrain from personal attacks and stay on topic. To learn about our commenting policies and how we moderate, please read our Community Guidelines.