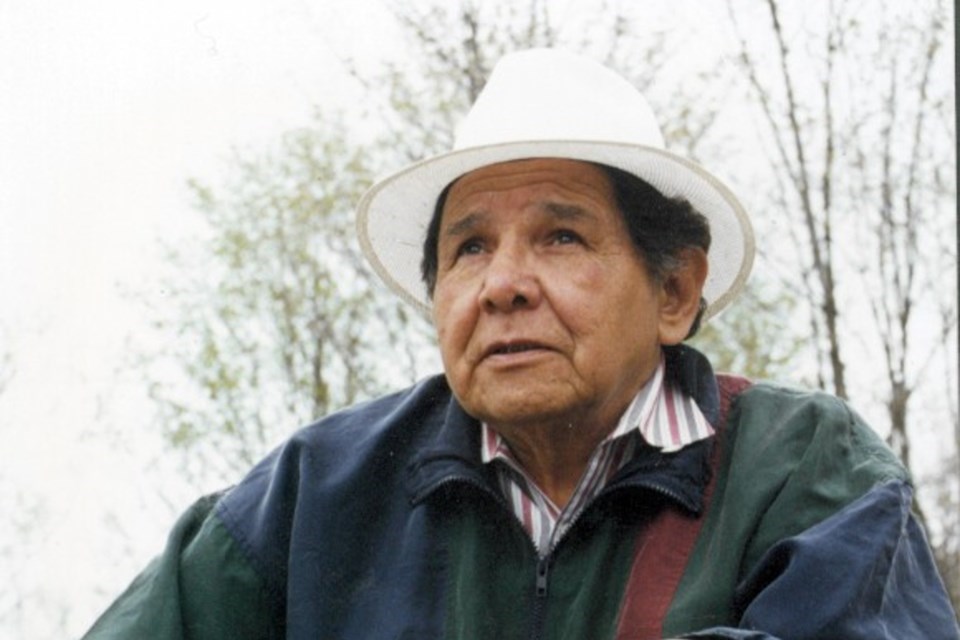 Dr. Bawdwaywidun, better known as Eddie Benton-Banai around the Sault, has passed away.

Benton-Banai was a major figure in the early days of the American Indian Movement, and was the founding academic and spiritual advisor at Shingwauk Kinoomaage Gamig/Shingwauk University.

Originally from northern Wisconsin, Benton-Banai played an important role in crafting the historic government agreement between Shingwauk and Algoma University College as well as achieving accreditation from the World Indigenous Nations on Higher Education Consortium (WINHEC).

He also founded the Red School House, an Indigenous elementary and secondary school in St. Paul, Minn. He believed that education should incorporate cultural identity with a strong emphasis on creativity, spirituality and cultural pride.

Today we mourn the passing of a great knowledge keeper and spiritual leader, Dr. Eddie Benton-Banai, Bawdwaywidun from Lac Court Orielles Band of Ojibways in Wisconsin and a relative from the Fish Clan, stated Chief Any Rickard.

Eddie was a leader in the early days in advancing Anishinaabe-controlled education and cultural-based education based on Anishinaabe philosophy and our sacred prophesies.

Eddie led the effort in revitalizing our traditional governance institutions by planning and organizing the historic gatherings here in Garden River First Nation in 1992 and 2007 by rekindling the sacred fire of the Three Fires Confederacy. Moments in time that will live on forever in the sounding of the voice of the Little Boy Water Drum and the lowering of our Teaching Lodges.

As the academic and spiritual advisor for Shingwauk Education Trust, Eddie was instrumental in crafting the historic Covenant Agreement between Shinwauk and Algoma University College and achieving accreditation from the World Indigenous Nations on Higher Education Consortium (WINHEC).

The Mishomis book, The Voice of the Ojibway, by Eddie is a resource guide of our spiritual history that is utilized by many modern-day learning institutions and to offer a true account of the Anishinaabe.

Eddie was a great friend to many people in garden River and was a special friend and brother to former Chief Darrell Boissoneau who walked with him in restoring the true vision of Chief Shingwauk and the idea of a Teaching Lodge.

We offer our prayers ad condolences to the Benton-Banai family and to his traditional family in the Three Fires Lodge on this immense loss of a great leader, protector and warrior.