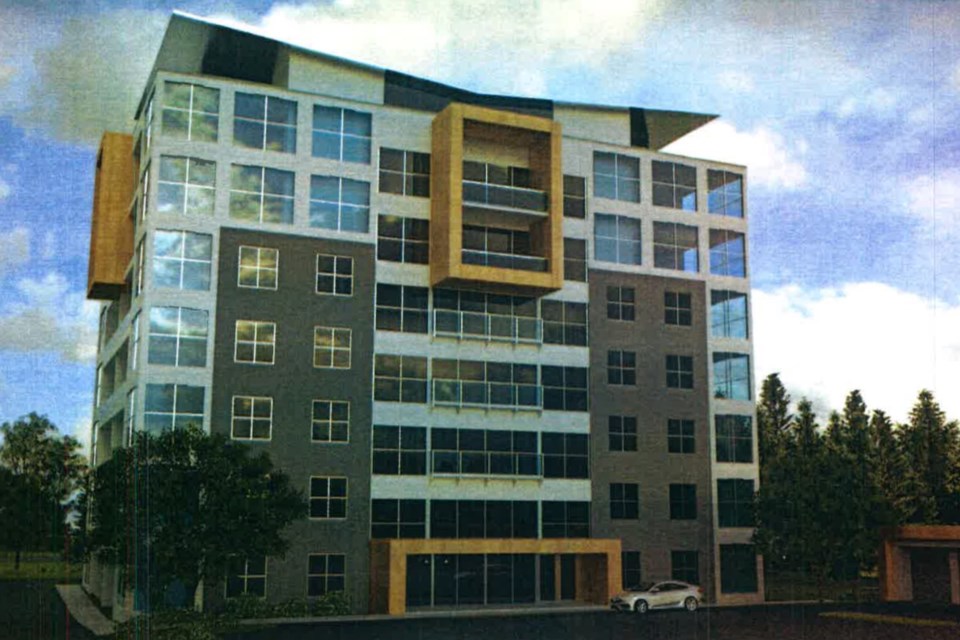 Developers of the proposed MacDonald Avenue highrise have been slapped with more legal hurdles by neighbours unimpressed with design compromises made last month.

"In due course the LPAT will set a hearing date for the appeal if LPAT decides that the issues raised in the appeals warrant a hearing," Borowicz-Sibnenik added.

The same two neighbours filed appeals last spring when developers Joe and Dave Ruscio and John Martella proposed a skyline-changing 12-storey apartment tower at the corner of MacDonald and Gladstone.

That prompted the developers to whittle down the design to a maximum eight storeys containing no more than 65 residential units.

SCI across the street was demolished in 2001 to make room for Chartwell Collegiate Heights Retirement Residence and the most recent use of the playing fields has been as a city-owned snow dump.

Monthly rents in the new building are expected to vary between $1,400 and $1,900, including utilities.

That compares to current median rents in the Sault ranging from $600 for a bachelor apartment to $895 for three bedrooms.

EDITOR'S NOTE: This story has been edited to make it clear that Mary Loretta Harrison and Lynden Pond are residents of the Collegiate Heights area.