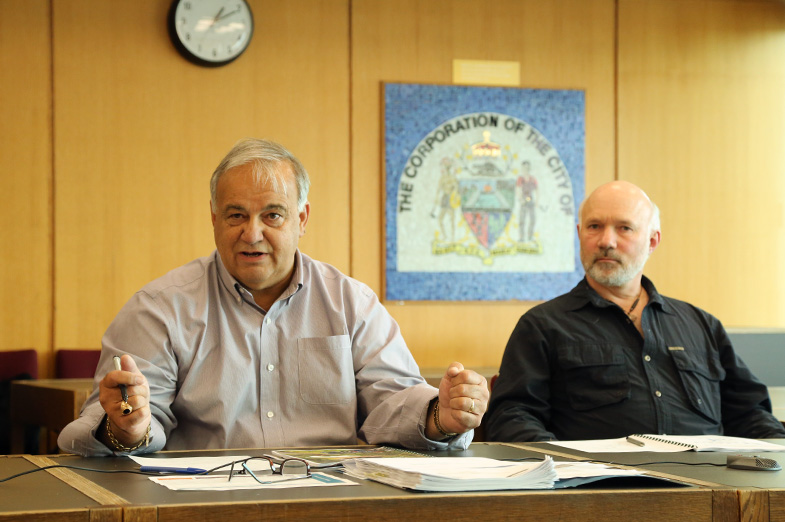 CN Rail has recalled employees who were laid off and has agreed to run the service on an interim basis while third-party operator Railmark completes their certification to operate trains in Canada, the city's chief administrative officer told SooToday.

“CN was very good to work with and its employees who will do the operation for the next few weeks came back notwithstanding that they had been severed,” said Fratesi.

Even as a new federal subsidy was announced late Tuesday, there was some question as recently as last night as to whether there would be service in the short term.

“Everyone had their fingers crossed and their toes crossed and everything else crossed. We didn’t want to be left in the position that at the eleventh-and-a-half hour we would be given the answer, but given it’s the right answer we’re OK with it,” said Fratesi.

Fratesi is pleased the $5.3-million over three years will be managed by the city of Sault Ste. Marie and said the agreement is similar to the one which saved the Huron Central Railway.

The three-year subsidy fell short of the $7-million over five years that Railmark requested, but Fratesi said the federal government was bound to that three-year timeline because the of limits within the Remote Passenger Rail Program.

"We got as much as we could hope for,” said Fratesi, who adds there is nothing to suggest the government will not supplement the subsidy after the three years is up.

“There will be marks that need to be set by the federal government and Railmark will need to meet them or the money will not flow through the city to Railmark,” he said.

Which department in the city will manage the oversight is yet to be determined.

Fratesi said he doesn’t expect to handle it through his office as he is set to retire next month.

His preference is the money would be managed by Tom Dodds, CEO of the Sault Ste. Marie Economic Development Corporation, but adds, “That is a decision council will have to make.”

UPDATE: A related press release from the Algoma Central Railway Passenger Service Working Group can be seen below.

Joe Fratesi, Chair, Algoma Central Railway Passenger Service Working Group, on behalf of the Working Group, would like to express delight at the Government of Canada's approval-in-principal of funding to support operating expenditures for the passenger rail service between Sault Ste. Marie and Hearst, Ontario for three years beginning April 1, 2015.

It is understood that the Remote Passenger Rail Program from which this funding is being announced has allocations over the next three years only and the continuation of the Program (which is important to other remote rail operations as well) will be reviewed by the Federal Government prior to March 31, 2018.

As a result of this commitment by the Government of Canada arrangements have been made with CN, Transport Canada and Railmark Canada that the ACR passenger rail service will continue to operate as all parties work towards the transition of operations from CN to Railmark Canada.

Also, special thanks to Sault Ste. Marie's own Bryan Hayes, M.P. who was instrumental in obtaining the internal approvals required for this initiative to move forward and Carol Hughes, M.P. who was most helpful in advocating on our behalf.

“Our collective success would not have been possible without everyone working together.”