Clinton a great president? Scholars say close, but no cigar 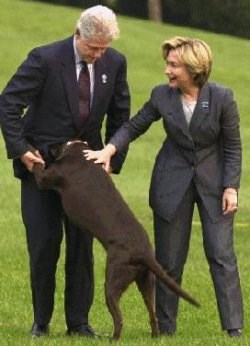 Limit their choices to only the four most recent occupants of the White House and interesting patterns emerge.

In a recent poll, more than 250 college and university history professors placed former President Bill Clinton as the best president of the last quarter century, Ronald Reagan as the second best, followed by Jimmy Carter and then the first President Bush.

(The current president was excluded since his term of office had not yet ended.)

The survey also asked the historians to rank the recent secretaries of state and Supreme Court justices as well as the relative threat to constitutional liberties posed by presidential actions.

Dr. Tim H. Blessing, professor of history and political science at Alvernia College, Reading, Pennsylvania, has conducted presidential polls for many years as part of the Presidential Performance Study.

Since 2001, he has been joined in ranking presidents by Dr. Anne Skleder, associate professor of psychology.

One of the greats?

They asked historians, all with doctoral degrees and all teaching full-time at a college or university, to rank these four presidents as "great," "near great," "above average," "average," "below average," or "failing."

Using this system, Clinton received the highest average score, though no historian ranked him as one of the "greats."

Reagan garnered a number of "great" marks, but also received numerous "below average" marks, dragging down his score and indicating that he is still a polarizing figure. For Carter and Bush, "losing the confidence of the people" during their terms contributed to their trailing numbers.

"A one-term president does not have the time to collect successes and move up in the ranks," Blessing and Skleder note.

They also suspect that the waning popularity of the current President Bush may have caused a slight "suppression" of his father's ratings.

Likewise Carter's rating might have been still lower had it not been for a "lift due to his post-presidential humanitarian activities." What makes a president rank above others is how well they embody the hopes and dreams of the people.

"What presidents mean to the people is more than the sum of their policies," he says.

"Presidents who can voice the people's hopes and ideals and help them give voice to their aspirations" rank highest.

Even though Reagan ranks behind Clinton, Blessing says the Reagan presidency was one of the frequent 'revolutions' that occur in American politics.

"Significant" presidents, such as Andrew Jackson, Abraham Lincoln and both Roosevelts "set a style and create goals that linger long past their presidency."

Subsequent presidents seek to capture that spirit until, years later, the people seek another dramatic change.

Blessing and Skleder observe this is the 26th year of the Reagan presidency, as the elder Bush, Clinton, and the current President Bush have each campaigned on elements leftover from the Reagan platform.

"The Reagan presidency's legacy has pretty much run its course," they state.

"We cannot expect the policies and approaches of a very different era to be continued into this one."

None of the candidates in the race for next year's presidential nominations appear to be promoting Reaganesque ideals.

While Blessing and Skleder are unsure whether the American electorate is moving strongly to the left or will find some moderate middle ground, they are sure that "the cycle for the Reaganesque style of conservatism is over."