A complaint from the firefighter union alleged the closed-door meeting did not comply with the Municipal Act
Aug 3, 2016 11:00 AM By: Kenneth Armstrong 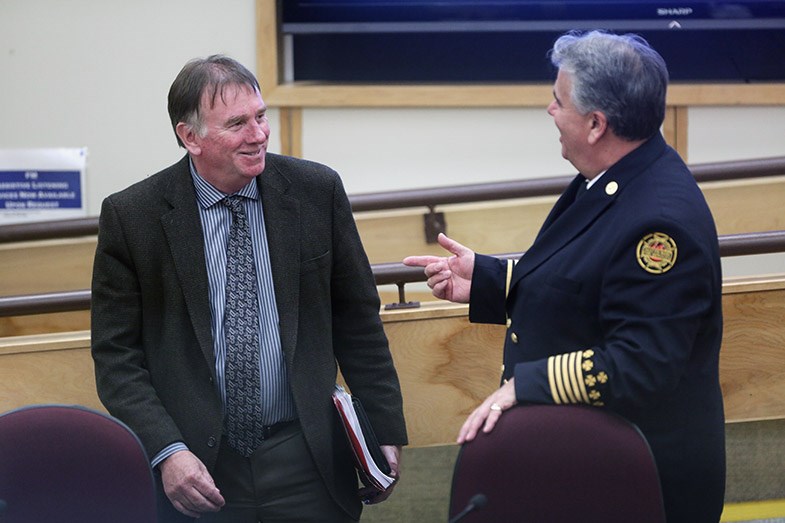 A report by the Ontario Ombudsman says the city was in compliance with the Municipal Act when it conducted a closed-door meeting of council in October 2015 in regards to the fire chief’s plan to slash the amount of front line firefighters.

A complaint was issued by the Sault Ste. Marie Professional Fire Fighters Association (SSMPFFA) in May, 2016 which alleged the closed-door meeting did not comply with open meeting rules.

Under the Municipal Act, council meetings must be held in public unless one of a number of exemptions applies.

In the case of the October 13, 2015 meeting, Paul Dubé — the Ontario Ombudsman — investigated the complaint and ruled the fire chief’s presentation involving labour relations meant it was appropriate the meeting was held in-camera [a closed-door meeting] even as he noted some subjects discussed fell outside the exemption.

“These matters were entwined with the matters that fit within the exception, such that separating them out would not have allowed for free, open and uninterrupted discussion. In these circumstances, it is not realistic to expect council to parse their discussions by extracting these topics for discussion in open session,” he wrote in his decision.

Members of Dubé’s team examined the agenda and minutes for the meeting, as well as a video recording of the closed-door meeting.

A video of that meeting was obtained by the SSMPFFA after a Freedom of Information Act request and provided it to SooToday.

Since then, a portion of the video has circulated on social media.

In addition, the fire chief said he is considering closing the downtown fire hall on Tancred Street and he may not replace two fire trucks when required within the next few years.

The downtown area, said Figliola, can be covered mostly by the other three stations and he said six fire trucks was ‘way too many’ for a city the size of Sault Ste. Marie.

At the time of the meeting, Terry Sheehan's Ward 2 seat had recently been vacated and Rick Niro, councillor for Ward 6, declared a conflict and did not attend.

Ward 1 Councillor Steve Butland was not present, nor was Ward 3 Councillor Matthew Shoemaker.

The realignment plan was presented to open council two weeks after the in-camera meeting, but plans to close the Tancred Street hall and reduce the amount of fire trucks have so far not been publicly disclosed.

In June, SooToday asked Figliola by email if the closure and reduction of trucks is still in his long-term plan. No response was given to those questions.