Mitch Case wants the mayor to publicly apologize at Monday's meeting of City Council for failing to include Métis in his resolution responding to the Truth and Reconciliation Commission’s final report on residential schools.
May 13, 2016 7:03 PM By: David Helwig 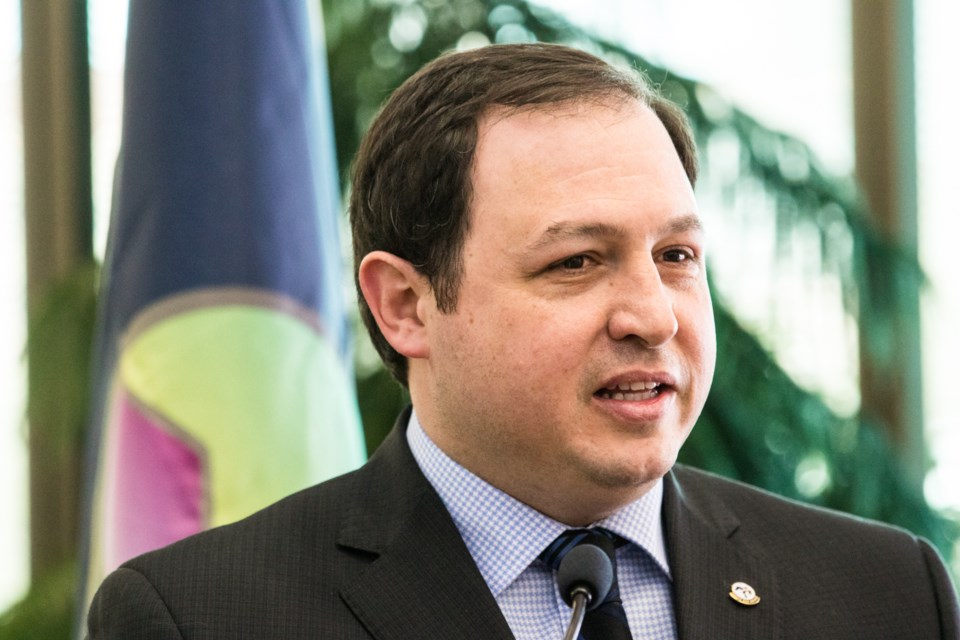 Mayor Christian Provenzano has apologized to local Métis for leaving them out of a city resolution responding to the Truth and Reconciliation Commission’s final report on residential schools.

"As the person who drafted the motion in its entirety, I take responsibility," the mayor says in a written apology to Mitch Case, president of the Métis Nation of Ontario Youth Council.

"As the author of it, I apologize to you and the Métis community for any offence," Provenzano said.

"Admittedly, when I drafted the motion I was focused on our First Nation neighbours and residents and I did not consider the Métis community specifically. The omission is mine and mine alone."

The following is the full text of the resolution passed by City Council on April 11:

*************************
Truth and Reconciliation Committee
Mover: Councillor S. Myers
Seconder: Councillor M. Shoemaker
Whereas the summary of the Truth and Reconciliation Commission’s final report on residential schools was released on June 2, 2015; and
Whereas the full final report of the Truth and Reconciliation Commission was subsequently released on December 15, 2015; and
Whereas the calls to action for reconciliation in both reports contain a number of recommendations targeted at municipal governments; and
Whereas the City of Sault Ste. Marie was formerly the location of the Shingwauk Residential School; and
Whereas the City of Sault Ste. Marie has a significant urban indigenous population and is abutted by several neighbouring First Nations communities; and
Whereas for the aforementioned reasons, the City of Sault Ste. Marie has a vested interest in achieving reconciliation and moving past the harmful legacy of residential schools,
Now therefore be it resolved that City Council establish an advisory committee comprised of the city clerk, the city solicitor, representatives from the First Nations community and City Council to provide guidance to City Council on how best to achieve the objectives for municipal governments as recommended in the Truth and Reconciliation Report.
Further be it resolved that the City Clerk canvass the First Nations community for committee membership and report back to City Council with a proposed committee for its approval.
*************************
Mitch Case, a Saultite who also serves on the Premier's Council on Youth Opportunities, wrote Provenzano to express "extreme disappointment" with the city resolution.
"While I am encouraged by the intention of the resolution which is to have Sault Ste. Marie take a leading role in the reconciliation effort that is taking place across this country, I am also disappointed, though sadly not surprised, by the seeming exclusion of the Métis community from the effort," Case told the mayor.
"Your resolution makes mention of the 'urban indigenous population' and makes multiple references and directives to reach out to the First Nation community, but fails to make specific reference to the Métis people.
"The Métis nation is made up of constitutional rights-bearing indigenous people whose territory extends from parts of Ontario through to the Rocky Mountains, the northern United States and into the Northwest Territories.
"The Métis homeland most certainly includes Sault Ste. Marie; a fact that has always been known by the Métis people and was confirmed by the Supreme Court of Canada in the landmark Métis harvesting rights cases known as R. v. Powley.

"In R. v. Powley, the Supreme Court confirmed that Steve and Rod Powley, as members of the historic Sault Ste. Marie Métis community in the Métis homeland, have constitutionally protected rights. The court also said that Métis rights were not surrendered to the Crown by virtue of the 1850 Robinson Huron/Superior treaties. Finally, the court declared that Métis rights were equal to, and coexistent with First Nations rights; that there is no hierarchy of rights.

"The history of our community is long and eventful. Established in the latter half of the 1700s by French voyageurs and their Ojibway and Cree wives, over time our people married with other 'halfbreeds' from other communities and through a process known as ethno-genesis formed a new nation: the Métis Nation.

"Our community here had and continues to have connections to Métis communities all around the Great Lakes, extended into Manitoba and beyond. We were the first line of attack and the ones who bore the brunt of American aggression when they burned our houses down during the War of 1812.

"Our community assembled a force of men to go to Red River and assist the Métis there during the Battle of Seven Oaks. Through the actions of our leadership, namely Eustace Lesage and Pierre Boyer who stood shoulder-to-shoulder and side-by-side with the Ojibway leaders Shingwaukonse and Nebenaigoching, our community helped to stop the illiegal mining activities at Mica Bay which led to the signing of the Robinson Huron/Superior treaties.

"The entirety of the downtown core of Sault Ste. Marie is built on our historic village and was made possible by the expropriation of our land in a way that was illegal and inconsistent with the Royal Proclamation of 1763.

"During the Robinson Huron and Robinson Superior treaty negotiations of 1850, Robinson, the negotiator, said he did not have the authority from the Crown to negotiate for Métis land rights but said he would return the following year to deal with our claims. Robinson promised to ensure that our river lots along the river would be protected, yet within 10 years 90 percent of our families had been forced out of Sault Ste. Marie.

"One hundred and 66 years later our people are still waiting for Canada, Ontario or Sault Ste. Marie to make that right. Not only is the city located on top of our community, but the very building that you work from and make decisions in is located on the original river lots of the Labatte, Miron and Lefond Métis families.

"Not only does Sault Ste. Marie have a long Métis history, but today there are over 3,000 Métis people who call Sault Ste. Marie home. We live here, we work here, we pay taxes here; our stories live here and this is our home. Exclusion from any reconciliation process is completely unacceptable.

"It may be that this exclusion is deliberate, or because of a lack of knowledge about the Métis community. I also request that City Council pass a second motion adding the Métis community to the list of communities to be invited to participate in the reconciliation process being established.

"I also wish to request a meeting with the mayor to discuss ways to build a relationship between the Métis community and the city.

"Finally, I am requesting an opportunity to come before City Council to make a presentation about the history of the Métis community here in Sault Ste. Marie and our modern-day aspirations as a people."

Responding to Case. Mayor Provenzano said that the city's reconciliation process is still in its earliest stages and nothing has been decided that would prevent Case or another representative of the Métis community from providing input.

"The intention and effect of the motion was to direct [City Clerk Malcolm White] to consult on how such a committee can be structured and report back to City Council," the mayor said.

"The clerk has your correspondence and he will be in touch with you accordingly. I am sure that when the clerk reports back to council with his recommendations that your input will be considered. In the meantime, I confirm that your letter along with this response will form a part of City Council's public agenda on May 16, 2016."

Monday's City Council meeting will be livestreamed on SooToday starting at 4:30 p.m. Monday.