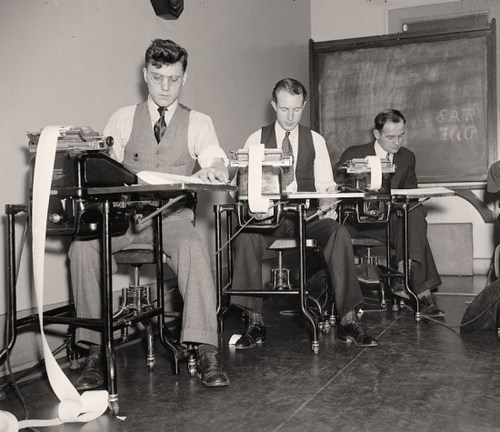 This year's budget consultations and debates were the most comprehensive in recent memory.

Industrial and commercial increases were not immediately available because of last-minute tweaks to the numbers.

They'll be included in the tax rate bylaw, expected to be introduced at the next City Council meeting on April 11.

The numbers cited above don't include education taxes, which will be added to city tax bills.

This year's budget consultations and debates were the most comprehensive in recent memory.

In response to a question from City Council about the potential impact of a freeze on non-union wages, Human Resources Commissioner Peter Niro said that it could reduce next year’s budget by $180,000 but would adversely affect the city’s ability to recruit and retain talent.

Niro and the city’s labour lawyer believe that denying promised increases to non-union staff could be considered constructive dismissal.

The authority is a levy board, authorized to add directly to the municipal tax levy, without City Council’s approval.

The city’s legal staff could have appealed the increase but missed the 30-day deadline for doing so.

Rhonda Bateman, the authority’s general manager, said her budget went up 44 percent in one year because of a decrease in funding from other sources, especially the Ontario Ministry of the Environment and Climate Change.

Bateman said the authority froze wages this year and used one-third of its reserves in an attempt to reduce the levy.

The levy charged to Prince Township rose about 500 percent this year.

Ward 5 Councillor Marchy Bruni, who chairs the conservation authority, says that it asked to address Sault Ste. Marie City Council about its budget situation and was turned away.

Mayor Christian Provenzano said neither he nor City Clerk Malcolm White have any recollection of such a request.

Ward 5 Councillor Frank Fata fought with Manzoean tenacity to further slash the budget, then turned splenetic when it became apparent he had minimal support from other members of council.

“This process that I’m trying to bring forward is obviously meeting up with a brick wall,” Fata foamed after councillors refused to back his motion to ask the library to reduce its budget by five percent.

“It’s obvious that I’m really wasting my time here,” he said. “This mindset’s got to change.”

“We’re supposed to be taking a leadership role. I don’t think we’re being leaders at all when at the last minute we’re doing a 360 on them,” Christian told Fata.

Although industrial and commercial tax increases were not calculated at Tuesday night’s session, councillors agreed that each property class should generate the same proportionate share of tax revenue as the previous year.

This is the same arrangement that the city has used since 2009 “to mitigate significant decreases in assessment from other classes and to maximize the benefit to the residential class,” said Shelley Schell, the city’s commissioner of finance and treasurer.

“A new reassessment will be effective for 2017 tax year and, as with all reassessments, staff will be reviewing changes to the assessment classes and how it affects the current tax ratios,” Schell said.

Tax rates in other municipalities will be reviewed – especially other Northern Ontario municipalities – and City Council will be asked later this year to approve a long-term tax policy, she said.

Ward 2 Councillors Susan Myers and Sandra Hollingsworth tried unsuccessfully to get council to reverse an earlier agreement to remove traffic signals at the Wellington-Simpson intersection.

Myers and Hollingsworth argued that the area north of Wellington is a dense residential neighbourhood with many young families, with no other controlled pedestrian access out of the area.

Wellington Street itself is Highway 17, and its older homes have short driveways that make it difficult for homeowners to get in and out of their properties, they said.

Ward 3 Councillor Matthew Shoemaker countered that traffic signals create a traffic hazard when they exist at intersections where traffic counts don’t warrant them.

Ward 6 Councillor Ross Romano cut $250,000 from the levy by proposing that debt repayments for the Northern Community Centre be extended for an additional 10 years.

That gives the city 21 years to pay off the debt, but if additional money becomes available, it can be paid off sooner without penalty.

A motion from Councillors Shoemaker and Christian, calling for city staff to make additional cuts to bring the levy increase down to two percent, failed to get support.

Councillor Hollingsworth expressed hope that in the coming year, council will look for ways to provide relief to those paying taxes on business properties.

Councillor Shoemaker observed that the city was responsible for just 0.9 percent of this year’s levy hike.

Some aspects of the 2016 operating and capital budgets approved Tuesday night include:

Mayor Provenzano said that City Council has taken many steps during the current budget sessions that will pay off handsomely in the future.

For example: replacing all the city’s lights with LED lights, improving emergency medical services without paying more, and getting out of the daycare business.

“I think we did about as good as we could in the circumstances. That’s not to say that… we can’t do better next year.”