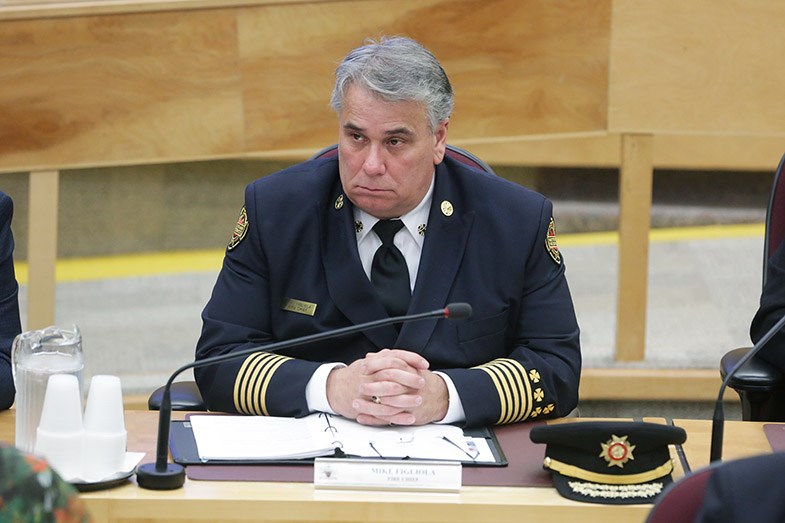 The local firefighter union is lauding an order from Ontario’s Ministry of Labour which requests the city of Sault Ste. Marie redraft operating guidelines.

The ministry confirmed the order had been issued to the city on Nov. 3, because current information, instruction and supervision ‘is not adequate’ for firefighters conducting a fire suppression interior attack on a building.

The Sault Ste. Marie Professional Fire Fighters Association has been calling on the city to reverse cuts to the amount of firefighters per truck from four to three.

In a news release, SSMPFFA president Marty Kenopic said new guidelines are only part of the solution.

“They will tell our fire fighters what to do with one less fire fighter per truck, but I still don’t think it will solve the problem of the planned reduction in staff,” said Kenopic.

With three firefighters per truck, the current operating guidelines impact firefighter safety, said the release, and could have an impact on public safety.

The city has until Jan. 27 to comply with the order.

City council’s vote to cut 20 firefighter positions by attrition over three years was made over one year ago, during an Oct. 27, 2015 meeting.

A call for comment made to fire chief Mike Figliola this morning was not returned by press time.