Only soldier in the history of the 49th Field Regiment to achieve Lieutenant Colonel level of command
Dec 31, 2019 11:42 AM By: SooToday Staff 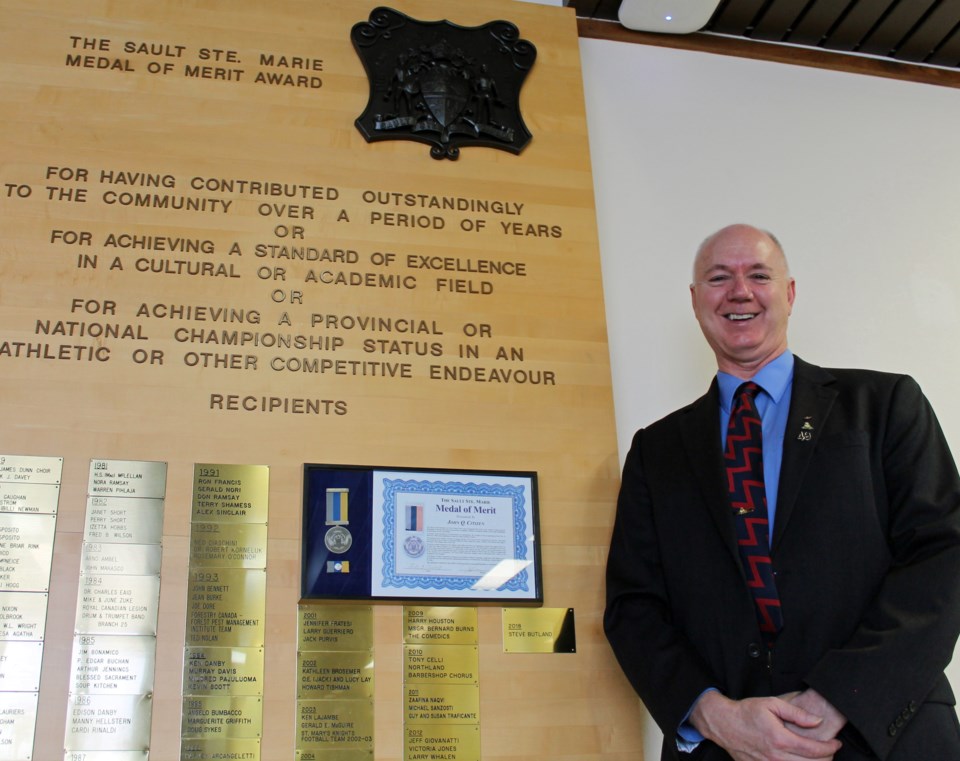 NEWS RELEASE
THE CORPORATION OF THE CITY OF SAULT STE. MARIE
*************************
The Sault Ste. Marie Medal of Merit Selection Committee is pleased to announce Lieutenant Colonel (ret) Lance Knox as the recipient of the 2019 Medal of Merit in recognition of his leadership, dedication, commitment, sacrifice and courage living a life of service.

Knox joined the 49th (Sault Ste. Marie) Field Artillery Regiment as a Reservist when he was 16-years-old. His career with the military spanned 42 years and during that time he proudly wore the Canadian Armed Forces uniform. He served and progressed through the ranks from gunner to ultimately holding the highest level of command as Lieutenant Colonel (Lt.-Col.).Knox is the only solider in the history of the 49th Field Regiment to rise from gunner to Lt.-Col.

Knox has aspired to lead, but more importantly, he believes that leadership involves teaching, encouraging, and mentoring others to also become leaders and use their strengths to affect change, and improve life for themselves, their communities and their country.

Throughout his military career Knox trained and mentored soldiers to serve in various capacities, be it humanitarian efforts, community service, or deployment into combat. The latter was one he did not take lightly and ensured every one of his soldiers were well prepared and supported for the duties they were called to. At the age of 51, married with a family and a full-time civilian job, Knox made the difficult but personally important decision to join his comrades and in 2010 voluntarily deployed to serve in Afghanistan. He believed that if he was training soldiers preparing them to serve in battle, than he too had to be willing to make the same sacrifice.

While in Afghanistan, Knox served as a Captain and Second-in-Command of the Civil-Military Co-Operation (CIMIC) team. In addition to providing support to combat forces, CIMIC teams worked with local Afghans to assess the needs of villages and infrastructure and to connect them with required provisions. Thousands of miles from home, in a foreign country and culture, leaving behind the safety and comfort that Canadians are accustomed to, Knox chose to serve in an effort to improve the lives of others.

“Lieutenant Colonel Lance Knox has demonstrated an exemplary commitment to our community and our country through his longstanding involvement with the armed forces, both at home and abroad,” said Mayor Christian Provenzano. “For more than four decades he dedicated himself to the 49th (Sault Ste. Marie) Field Artillery Regiment, encouraging many of its members to become active citizens who have made and continue to make a positive difference in our community. The Medal of Merit is a fitting recognition of his service and contributions. I also want to extend my sincere appreciation to the members of the selection committee.”