Sault Ste. Marie City Council has agreed to embark on a $3.36 million project to buy and develop two parcels of industrial land currently owned by Algoma Steel.
Jul 23, 2002 1:00 AM By: David Helwig 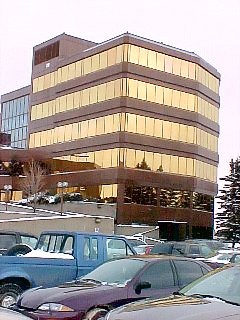 That plot is zoned for heavy industrial use. Portions of Base Line and Leigh's Bay Road would have to be rebuilt to handle the heavy truck traffic.

Ward 6 Councillor Frank Manzo opposes that acquisition, arguing that the property is too swampy to be useful for industrial purposes, but he received no support from fellow councillors.

The other ASI property consists of 66 acres on Yates Avenue and is zoned for a mix of medium and heavy industry. The purchase price is estimated at $998,000 and it would cost $420,000 to service.

The City says the combined 142 acres from the two properties "will provide infrastructure for more than 400 new industrial jobs with more than $28 million in wages and benefits annually."

Subject to approval of the provincial and federal contributions, servicing of both properties could start later this year.

The City is also doing engineering and environmental assessment work on a third, larger parcel of industrial land owned by Ontario Realty Corp. on Black Road.

That 592-acre site will be considered for development later this year.

City Council is applauding the efforts of federal cabinet ministers Herb Dhaliwal and David Collinette to get the Trans-Canada Highway expanded to four lanes nationwide.

Council passed a resolution on Monday calling on local MPs Carmen Provenzano and Brent St. Denis to get behind the project, which is expected to cost $10 billion to $15 billion over 10 years.

Any new agreement proposed between the City and the Soo Jr. Greyhounds (formerly the Thunderbirds) can count on a rough reception from at least two members of City Council.

Ward 6 Councillor Peter Vaudry and his Ward 4 counterpart Neil DelBianco both expressed concern this week when Nick Apostle, the City's commissioner of community services, said the NOJHL club has "circumstances" that require negotiation of a new agreement for use of Memorial Gardens and the John Rhodes Community Centre.

DelBianco wants to know why we should negotiate with a club that's seriously in arrears in its ice-time payments. "I don't know why it's on the table," Vaudry added.

Chief Administrative Officer Joe Fratesi said many sports organizations fall behind in their payments but eventually catch up. The amount owed by the Jr. Greyhounds is not unusual, Fratesi said.

The City's Arena Study Review Committee will consider the issue and report back to Council.

Councillors have approved a $15,000 repair job to a 24-year-old HVAC (heating, ventilation and air conditioning unit) in the original part of the John Rhodes Community Centre.

The unit that serves the southeast end of the centre is currently not running, says Nick Apostle, the City's commissioner of community services. "Not having this unit operating will create problems for our ice-making systems as well as for spectators," Apostle says.

Arena staff tell SooToday News that a unit at the other end of the building is handling the load for the time being and the ice quality is fine. There's enough money left in the Rhodes Centre construction budget to cover the needed repairs. You tell us

Do the Jr. Greyhounds deserve a break? Should the City dicker with them over ice rentals? Is Manzo right or wrong about that ASI land on Leigh's Bay Road? Your comments are welcome at the News Response feature on our Editorial page.