Sault Ste. Marie's longest-serving city councillor, Frank Manzo was known for his determination at the council table. Mayor Provenzano and others react to the city's loss
Feb 27, 2017 10:00 AM By: SooToday Staff 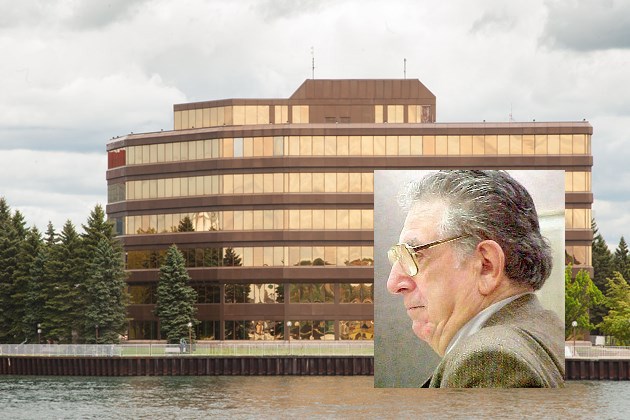 Sault Ste. Marie's longest-serving city councillor, Manzo was known for his passion and determination at the council table.

After an unsuccessful run for Mayor in 1997, he returned to council to represent Ward 6 after a by-election in 2001.

At the age of 87, Manzo announced just before the 2014 municipal election that he would not be running due to health reasons.

“Although I didn’t have the opportunity to serve on council with Frank, I did get to know him really well,” Mayor Christian Provenzano told SooToday.

“Frank very frequently reached out to me since I became mayor, I would often get a call at the mayor’s office from him every couple of weeks.”

“He would tell me what he thought, or give his advice on initiatives and things council was up to, or just generally talk to me about what was going on in the community,” Provenzano said.

“I always felt he was a very experienced person who demonstrated he had a very sincere desire to support the community, he cared a lot about people, and I think his having a municipal political career that lasted almost 40 years really demonstrates that.”

“He certainly had a style, and it was an interesting one,” Provenzano said of the colourful, maverick councillor.

“What was consistent is that Frank always made his point, and that’s what he was elected to do.”

Though often boisterous at council meetings, Provenzano said “that wasn’t the side of Frank I saw.  He was a gentleman with me.  When he and I spoke, he was a gentleman that was calling that had a lot of experience in municipal politics who cared about the community and made a point of keeping in touch with the mayor,” Provenzano said.

“He was always very respectful, even when we might have had different points of view.  There was no doubt in my mind that he really wanted to see me be successful.  I felt he was very supportive of me and I certainly appreciated that.”

“On behalf of myself, the mayor’s office, city council and city staff, Councillor Manzo’s family is in our thoughts and prayers,” Provenzano said.

“I had the privilege of serving with Frank for most of my municipal career,” said Joe Fratesi, former Mayor and former CAO.

Fratesi originally served with Manzo as a wardmate in Ward 6.

“Frank certainly added a lot of dimension and a lot of colour to council in its decision making,” Fratesi said.

“A lot of people understood him to be blustery when in fact that was all part of a persona.  Frank had a good heart and was very concerned about the people that he served, particularly the people  of Ward 6.”

“He served his community very well,” Fratesi said, recalling how Manzo got involved in municipal politics when Korah amalgamated with Sault Ste. Marie.

“When it came to services such as roadwork, culverts, potholes, snow removal and the like of that, very few councillors would have provided the level of service Frank did for his constituents.”

“I’ve said to hundreds of people over the years, Frank Manzo was, up until very recently, the best ward councillor in Sault Ste. Marie,” said Ward One councillor Steve Butland, another long serving city councillor (and former mayor and former Sault MP).

“You could never provide better service to your ward than Frank.”

“He was one of a kind.  His style was sometimes rough and gruff, but just scratch the surface and he had a big heart.  He was a gentle soul,” Butland said.

“The reason for his political longevity was that he just went to bat for residents over and over again and he had a tremendous reputation.”

“Let’s remember Frank fondly.  Scratch that gruff surface and you had a very kind, gentle man, and he loved his family,” Butland said.

A member of many boards and committees over the years, Manzo served on the Sault Ste. Marie Region Conservation Authority (SSMRCA) board.

The Conservation Authority was near and dear to his heart, said Rhonda Bateman, SSMRCA general manager.

“Frank was involved in the CA in many aspects, involved in CA programs for 45 years.  As a board member he was a staunch supporter of the Conservation Authority’s public safety mandate, and he was always very supportive of staff and staff’s efforts to fulfil our mandate.”

Manzo was part of the group which helped establish the Conservation Authority in 1963.

“He will be missed by the staff here,” Bateman said.