Planned resurfacing of Grosvenor and Chapple Avenues may also be cut from this year's budget
Jun 4, 2019 9:53 AM By: David Helwig 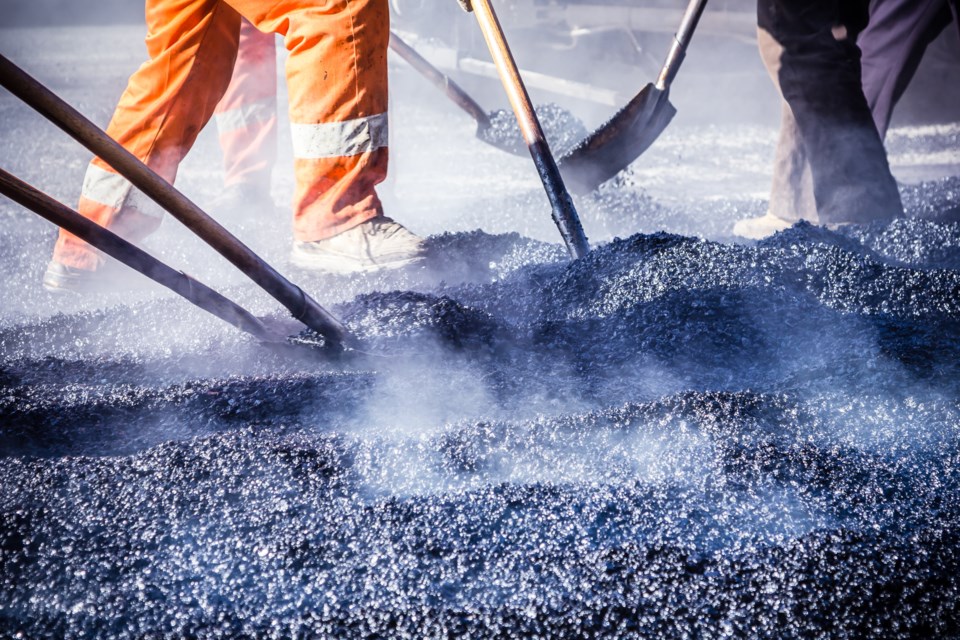 The Bay Street reconstruction was $2.5 million over budget before a single shovel went in the ground. But City Council wants it done. The money has to come from somewhere

$1.9 million earmarked for a landmark public plaza in downtown Sault Ste. Marie will be used instead to pay for the seriously over-budget rebuilding of Bay Street, City Council decided last night.

$600,000 worth of planned road resurfacing projects on Grosvenor and Chapple Avenues may also be held back and reallocated to cover the Bay Street overruns, councillors were told.

"We talk a lot about rejuvenating our downtown," said Mayor Christian Provenzano. "I don't think, until we fix Bay Street, we can work on the other pieces."

"Bay Street is a foundational piece," the mayor said, comparing the Sault's deteriorating roadway to an infamously ugly blight on Toronto's lakefront.

"Everybody comes off that [International Bridge] and we send them through our downtown on the Gardiner Expressway. Four lanes, timed lights, get out of here as fast as you can."

"There's no scenery to it and you just go straight down a big open alley," Provenzano said.

Council voted to pay for the Bay Street rebuild with $1.9 million in federal gas tax revenues originally allocated for the new downtown plaza, and $600,000 earmarked for road resurfacing projects.

A total $2.5 million in gas-tax cash had been earmarked for the plaza, a key recommendation made to the Sault last year by  downtown development consultant Roger Brooks.

"We were hoping to come back to council with some initial work that will be done this year in preparation for a plan to be done next year," said Tom Vair, the city's deputy chief administrative officer for community development and enterprise services.

There was less certainty about which roads won't be resurfaced this year to find $600,000 for Bay Street, or whether the full $600,000 will be needed.

Under questioning from Ward 1 Coun. Paul Christian and Ward 3's Matthew Shoemaker, Carl Rumiel, the city's manager of design and transportation engineering, said that two resurfacing projects have been identified as matching the amount needed to complete the Bay rebuild.

They are on Grosvenor and Chapple Avenues, Rumiel said.

Rumiel said that construction will start on Bay Street within a couple of weeks.

Although a bylaw passed last night gives the city authority to close Bay Street June 4 to Oct. 31, from Andrew Street to Pim, Rumiel said usually just one block will be closed at a time, for just one to three days.

At one point last night, consideration was given to simply postponing the Bay Street reconfiguration and reconstruction until the 2020 budget process, with immediate steps taken to temporarily improve the condition of Bay Street until the reconstruction project gets underway.

"It would be a band-aid solution. It would not last very long," said Rumiel, commenting on the idea of just putting a new blacktop on Bay Street.

Pioneer was the only company that submitted a tender.

Its original bid was $8.6-million, but negotiations with city staff cut $1.8 million from the project:

Don Elliott, the city's director of engineering services, said all bids on road work came back high this year because construction costs have increased.

Mayor Provenzano described how he went to the Bay Street tender opening.

"I was disappointed," the mayor said.

"I don't believe the market will be any more competitive next summer. My concern is whenever we put a project off, it never gets cheaper, it always gets more expensive. If I thought we could save a million dollars by doing this next year, I'd be the first guy to say let's do this next year."

"Maybe we have to make it very clear on a going-forward basis that we won't issue if they come back high. We'll just keep our money in our pocket and we won't do the work. I support that proposition," the mayor said.

Provenzano nonetheless felt it made sense to get Bay Street done this year.

"I get the sense that this project managed us and we didn't manage the project," said Coun. Christian.

"I think a lot of it had to do with concept designs and changes and the timing of things."

"I think we need to send a message that these prices are too high and this is the perfect opportunity to delay this," Christian said.

Ward 3's Donna Hilsinger said she didn't consider this a road project, but "an investment in the future of our community."

"No matter how you slice or dice it, a majority of people, the first-time tourists coming to our community, come down Bay Street," Hollingsworth said.

"All our roads need attention and that should be our priority, not just Bay Street," she said.

Coun. Gardi said he couldn't see any advantage in delaying the Bay Street work for a year.

"I think it's important that Bay Street gets finished," Gardi said.

Here are the councillors who voted to complete the Bay Street reconstruction project:

Voting against the resolution were: