Ward 1 Coun. Sandra Hollingsworth went personal on the mayor last night, demanding to know whether he has a dog
May 26, 2020 10:33 PM By: David Helwig 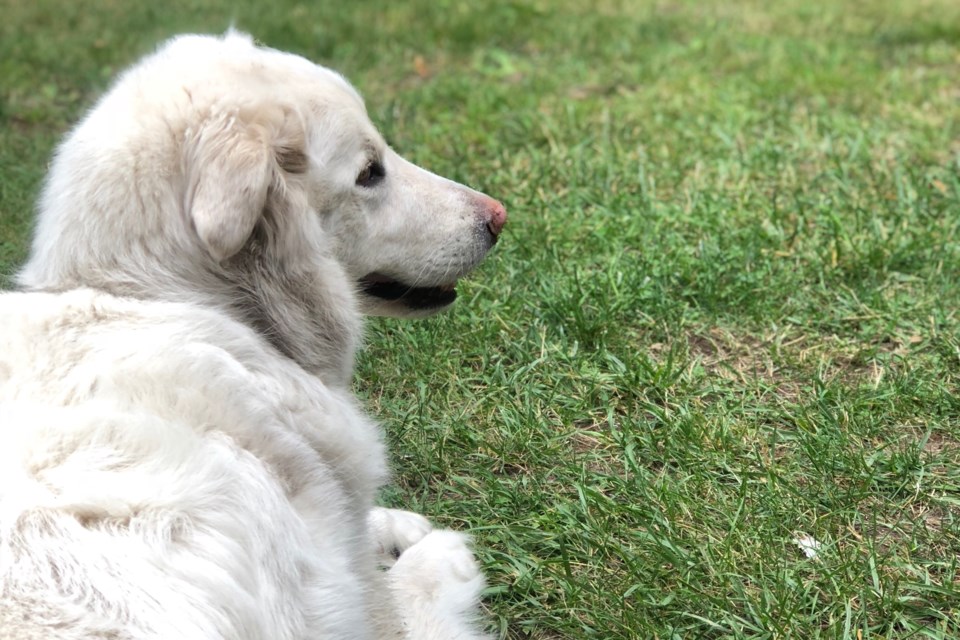 Kansas, the Provenzano family pooch, is an Akbash mix, descended from livestock guardians known for being affectionate and loyal, as well as territorial and fiercely protective

Through absolutely no fault of her own, Kansas, loyal canine companion and stalwart defender of Mayor Christian Provenzano's family, found herself at the centre of last night's City Council debate about dog parks.

The Turkish Akbash mix has been with the mayor for nine years.

Her father was full Akbash, her mother an Akbash mix.

Kansas is descended from a traditional breed of livestock guardians known for being affectionate and loyal, and at the same time, territorial and fiercely protective.

Last night, the mayor had spoken against an initiative from Ward 1 Coun. Sandra Hollingsworth, calling for public consultations for new off-leash parks at James Elliott Park on Rossmore Road, East End Park near the wastewater treatment plant, as well as off-season use of the boarded Anna McCrea and William Merrifield rink areas.

"Your Worship, do you own a dog?" she demanded.

"I do," the mayor responded.

"Do you allow it to exercise off the leash?"

"No. It's a very large dog and I never let her off the leash. I have a fenced back yard. She's not leashed in my back yard. But if she's not in my back yard, she is categorically, entirely on a leash."

Done with probing the mayor's home life, Hollingsworth then proceeded with a back-yard lament.

"It's unfortunate not everyone has the privilege of having a fenced-in back yard to allow proper exercising when this park would allow pets to be properly exercised and socialized."

In his remarks to City Council, the mayor said he didn't want to see additional staff time or resources invested in additional dog parks, under the present circumstances.

"There's 85 parks in this city. People are welcome to walk their dog through any of those parks on a leash. A lot of people in this city recreate outside the city boundaries and take their dog different places."

"Where we are right now, what we're doing, we're having to deal with, all the different things we're focussed on, I don't see sending staff to engage in any kind of consultation, spending time and money, energy and resources to setting up another dog park."

"We're trying our best to keep our taxes down. We're trying to strengthen our footprints, more or less. And if anything, we probably have more park space than we need."

"Although it might be ideal to have more than one dog park, I wouldn't see it as an important thing at this point in our community's time," the mayor said.

Hollingsworth's dog-park initiative was defeated on a tied vote.

In other business, councillors approved a five-year park revitalization plan setting the following priorities for improvements, which must still be approved as part of the city's capital budget:

Three new fires reported in the region today
Jul 7, 2020 6:39 PM
Comments
We welcome your feedback and encourage you to share your thoughts. We ask that you be respectful of others and their points of view, refrain from personal attacks and stay on topic. To learn about our commenting policies and how we moderate, please read our Community Guidelines.