Those who think the City's been overusing its powers to clean up private property will want to follow Monday's meeting of City Council.
Aug 12, 2002 1:00 AM By: David Helwig 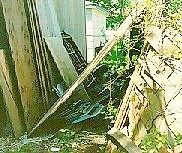 Those who think the City's been overusing its powers to clean up private property will want to follow Monday's meeting of City Council.

Ward 4 Councillors Neil DelBianco and Lou Turco say they're receiving complaints about too much red tape preventing the clean-up of other eyesores and safety hazards.

They want to find ways of fast-tracking clean-ups of offending properties.

Meanwhile, John Campbell reported in his Monday-mornning comment on E-Z Rock 100.5 that one elderly resident recently had $7,000 added to his tax bill for a police-supervised cleanup of his property.

Opines Campbell: "The job could have been done for less than a thousand including a police officer and you've stacked six thousand dollars more to this bill than needs to be the case."

Here's the full text of the resolution DelBianco and Turco will present to Council on Monday:

And whereas the City has several bylaws and policies to deal with the condition of such properties and the complaints of residents with respect to those problems.

And whereas some residents are of the opinion that the process currently in place to effectively cause compliance takes too much time and may require too many resolutions of City Council before any effective action is taken.

And whereas it has been some time since the City has reviewed its Minimum Standards By-laws and Policies.

Now therefore be it resolved that the appropriate staff review the current bylaws and policies to determine whether or not a more effective and expedient way of proceeding might be available for the City to ensure compliance and to recommend any possible improvements to City Council.

Is this a good idea to preserve health and safety? Any places you'd like to see cleaned up pronto? Or, are bureaucrats just trying to clean out your woodpile and sock drawers? Your opinions are welcome in the News Response feature on our editorial page. To go there now, click here.