Local musicians, dancers dominated at Area Band and Drill Competition in North Bay this past weekend
May 15, 2019 9:06 AM By: SooToday Staff 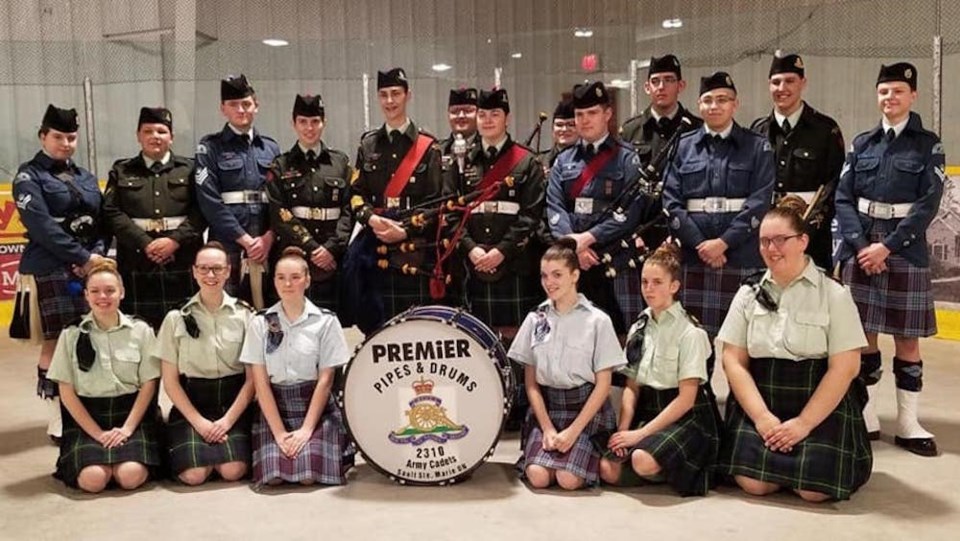 The band is comprised of 19 cadets from both 2310 Royal Canadian Army Cadet Corps and 155 Royal Canadian Air Cadet Corps, including six highland dancers from MacLeod Highland Dance Studio. Their commitment, drive and dedication drove them to a first place, finish plus MWO Assignack was awarded Top Drum Major.

This is their 13th first place finish in a row for the combined band and dancers, and Assignack defended her Top Drum Major award for the third year in a row.

CWO Breckenridge was appointed the Parade Commander and received an appreciation from LCmdr Turcotte, the Detachment Commander North Bay. She had to work with adult staff and help organize the final parade.

She was also ask to do an interview for Ontario Cadets and send a special message out with the Detachment Commander wishing mothers a happy Mother's Day.

The cadets will now travel to Canadian Forces Base Borden, just outside of Barrie, to participate in the Regional Competition on the weekend of May 24 and 25. We wish them the best of luck and continued success!

The cadets have devoted months, and in some cases years, of practice to perfecting their skills with their instrument and as a band. Through all aspects of the Cadet Program, youth are learning skills to prepare them for adulthood including teamwork, leadership, and decision making.

The free program is open youth aged 12-18 years of age. To learn more about the cadet program and opportunities with challenging experiences while learning to become future leaders of tomorrow, visit here.

Algoma's top doctor encouraged by increased vaccine allocations
May 15, 2021 11:00 AM