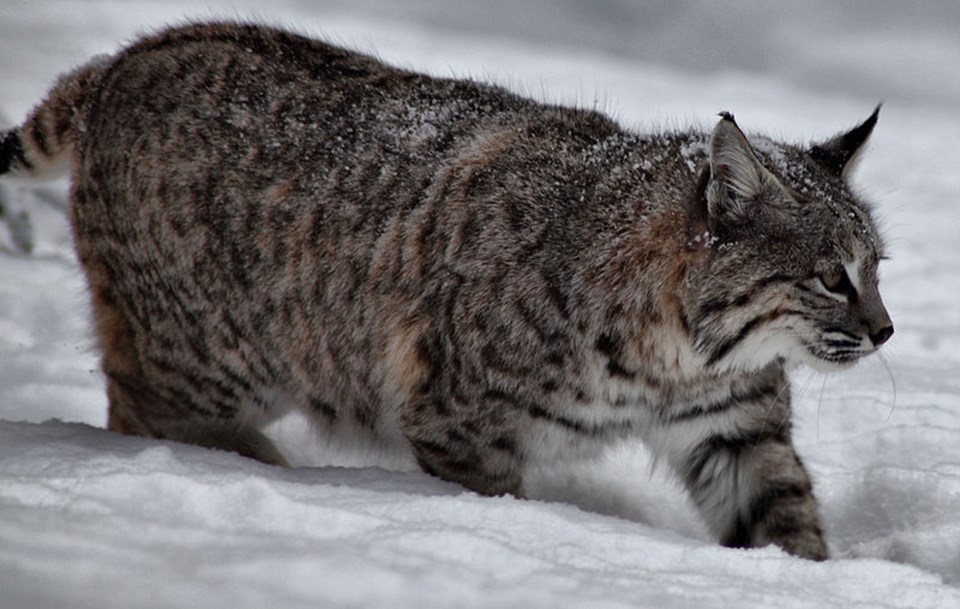 A bobcat like this one killed all laying hens at a Laird Township hobby farm last week.

Jim Withers remains surprised yet serene after a bobcat killed his entire flock of 45 laying hens at his Laird Township hobby farm.

"We never had any difficulty before, but somehow this bobcat got into the barn and did its thing…what's surprising to me is that it killed so many so quick," Withers told SooToday.

"I went to the cage in the barn (on the morning of January 22) and saw they were all dead except one, so I put it in another cage but the next morning it had gotten that one too."

"I was certainly surprised, it's not something I'd seen before."

The bobcat is gone, said Withers, simply because there's nothing left for it to devour.

Customers who purchased fresh eggs from the farm will have to wait until Withers gets another flock.

"We'll get more laying hens…it's not the only thing we do," said Withers, who lives at the hobby farm with his wife.

"We have a few cattle and raise turkeys occasionally…already some people have called and said they have some hens if we want some."

"We need to tighten up the chicken pen first, then we can order some new birds in the spring," said Withers, who said he assumes the bobcat got into the barn through a missing window pane.

Farmers with a farm business registration number can be reimbursed by the municipality if their animals are killed.

"Some people have said to me there may be more bobcats on St. Joseph Island, but this was new to me."

"It's one of those things that happen and you keep on going…it wasn't our livelihood but it was a surprise."

It isn't known just how many wild cats may be on the prowl in the Algoma region.