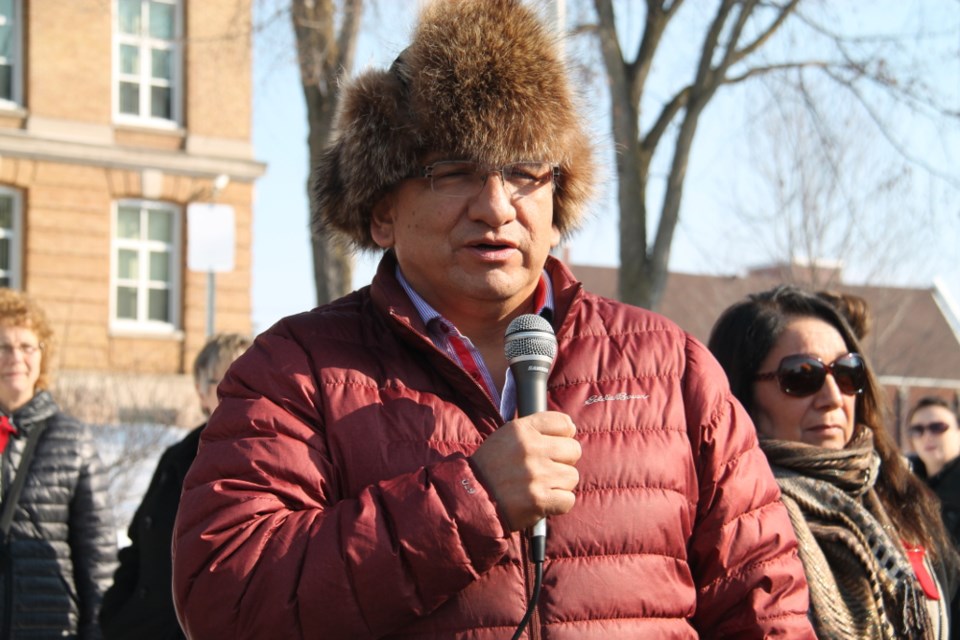 Batchewana First Nation is denying a claim by the City of Sault Ste. Marie and Sault Ste. Marie Economic Development Corp. that it wrote a letter of support for Noront Resources Ltd.'s ferrochrome processing facility.

The claim was made yesterday in written materials handed by city representatives to reporters at Noront's announcement it had selected a site at Algoma Steel as location for its billion-dollar smelter.

"Noront has had an introductory meeting with Chief Sayers of Batchewana First Nation and Chief Syrette of Garden River First Nation," the materials said in a section titled: "Have First Nations communities been consulted?"

Now, Batchewana is disputing the city's claim that it submitted a letter of support.

The following news release was issued by late this afternoon by Batchewana First Nation:

It was announced yesterday that Noront Resources Ltd. chose Sault Ste. Marie as the future home of its ferrochrome processing facility.

The announcement was held at City Hall with various speakers including Mayor Provenzano and City Council representatives.

Absent from the event was leadership from Batchewana First Nation, the reason was lack of consultation.

Chief Dean Sayers of Batchewana First Nation (BFN) acknowledged that discussions had been initiated back in January of 2018 with the Sault Ste. Marie Economic Development Corp. but noted that they didn’t go far beyond a simple introduction to the project.

After that meeting BFN leadership issued a letter to the city detailing the First Nations inherent jurisdiction to the territory (outlined for the proposed project) and specified the necessary steps forward to secure consent for the project.

Those steps included adhering to BFN’s permitting processes and ensuring that economic gain would not supersede the integrity of the environment and its protections.

There were no further discussions following the initial meeting and there was no response to the letter issued from BFN leadership.

“Reading yesterday’s announcement definitely came as a shock to us. Our First Nation prides itself on forging a positive path forward with resource developers, governments and stakeholders as long as our principled approach is applied and meaningful engagement is maintained throughout the entirety of the project. The City of Sault Ste. Marie, Noront and other governments are well versed with our notice of assertions which details BFN’s position on our rightful jurisdiction” said Chief Dean Sayers.

Ansley Simpson to perform as part of Sault College's Visiting Artist Series
Feb 27, 2020 5:30 PM
Comments
We welcome your feedback and encourage you to share your thoughts on this story. We ask that you be respectful of others and their points of view, refrain from personal attacks and stay on topic. To learn about our commenting policies and how we moderate, please read our Community Guidelines.