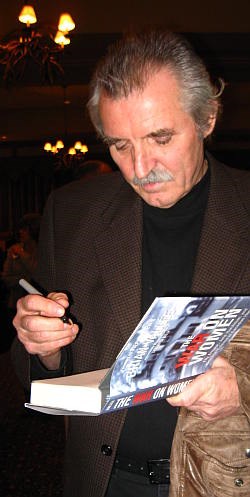 He succumbed to cancer Friday at St. Michael’s Hospital with his long-time partner Nancy Rahtz by his side.

Vallée began his career in journalism in the Sault and went on to leave his mark in the hearts and minds of social justice advocates around the world with is book, Life With Billy.

Throughout his career, he worked on papers in England, the United States and Canada, including the Toronto Star, and spent a decade at CBC's 'the fifth estate.'

Vallée was a researcher and associate producer of John Zaritsky's Oscar-winning documentary Just Another Missing Kid.

He was best known for his tireless and passionate campaign against domestic violence and the many forms of creative expression that drive took.

Over the years Vallée regularly visited his home-town, several times on speaking tours and once to launch West-end Publishing with his old friend and former National Post publisher Les Pyette.

Algoma University's Arthur A. Wishart Library houses the archives of his work.