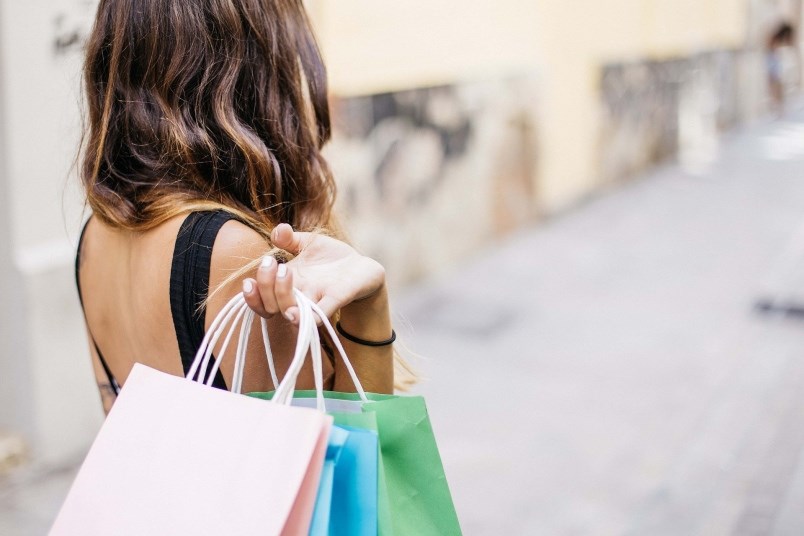 Shoppers in the Sault will have noticed the recent installation of more automated self-service check-out machines at local stores (as is the case all over the world).

Quicker, convenient progress for shoppers? Or is it a phasing out of cashier jobs by corporations to cut costs and increase profits?

Even a mere couple of brief chats between SooToday and staff and customers of various local stores over the past week showed a differing of opinions on that question.

“No one’s lost a single job since the self check-outs were put out onto the floor,” said a Shoppers Drug Mart (Cambrian Mall location) employee, speaking to SooToday on condition of anonymity.

“I know a lot of people think that, but for here, no one’s lost their job because of self-checkouts. Hours haven’t even decreased either because someone always has to watch the self-checkouts and at Shoppers Drug Mart we’ve only ever had one cashier on at a time. It’s never changed.”

“They’re of benefit because now we get more merchandisers on the floor to be able to put out more stock for the customers,” she said.

The employee estimated the self-checkouts have been in place at the Cambrian Mall Shoppers Drug Mart main entrance for “probably around two or three years by now...the ones at the back cash are only a year old.”

“No, definitely not,” said a Walmart employee when asked if she feels the installation of the machines is a massive corporate job cut.

“The ones (cashiers) that were up here (at the front of the store), they’re all out on the floor now, doing other stuff,” she said.

However, not everyone believes that.

“It takes jobs away from us,” said a local grocery store cashier.

“I have customers who say they refuse to use them, just for that reason,” she added.

What do shoppers think?

“I don’t like it because they are taking jobs away from people who need jobs. They’re replacing everything with machines and robots now,” said shopper Laurent Jolin outside the Dollarama location at Station Mall.

“I required some assistance (when first using a self-service check-out machine). After a while I got used to it…(but) I don’t like it at all,” Jolin said.

“I know it’s going to be a part of the future, the technology, but I prefer the old way with the cashiers. You get to speak with somebody, plus you’re giving somebody a job,” said shopper Winston Collins at the same Dollarama location.

“I’ve noticed there have been people here who’ve lost their jobs due to these things. They have their regular staff but they’ve cut down. So don’t tell me that somewhere along the line in the snowball effect somebody doesn’t lose their job. I prefer seeing staff there. That’s what I like to see...they (corporations) are looking at the bottom line, they’re looking at profits,” Collins said.

“They’re quicker, but I don’t like them too much. It’s easy to make a mistake (using the self-service check-outs). There’s good and bad I guess,” said shopper Doug Armstrong.

“Maybe. It might be,” Armstrong said when asked if he feels corporations are out to cut jobs, save money and add to corporate profits.

“I think these people (cashiers) should have a job when everything is so tight. Why shouldn’t they have a job?”

“They (corporations) won’t have to pay benefits and wages. I prefer a real person,” Armstrong said.

“I think they’re kind of annoying to deal with,” said shopper Jenna Johnson of the self-service check-outs.

“I do agree with that. I think so,” Johnson said when asked for her opinion on whether the machines may possibly lead to job cuts.

“The addition of self-checkouts has not reduced our labour requirements nor is it the intention,” wrote Lyla Radmanovich of Dollarama Media Relations in an email to SooToday.

“In fact, self-checkouts have a positive impact on store productivity by allowing store employees to focus on other in-store tasks, while also stimulating sales. Dollarama, which currently employs over 20,000 people, continues to grow each year and to hire new associates to serve customers in its ever-growing store network.”

“Dollarama has had self check-outs in select stores for a few years now, always combined with regular check-outs, in order to accelerate the checkout process in locations that experience high customer traffic. Based on our experience, to date, installed machines are helping us achieve this objective. This additional method of payment is particularly effective for the processing of small transactions, and has also been appreciated by customers since the beginning of the pandemic to further limit interactions,” Radmanovich wrote.

“Dollarama has self-checkouts in about 90 stores (we have over 1,300 stores across Canada) and has no intention of rolling out to all stores,” Radmanovich added.

“Like many retailers, Walmart Canada is adding self-checkouts in approximately 90 per cent of our stores across Canada to help make our customers' shopping experience even more convenient. Locally, this service adds another choice for customers in Sault Ste. Marie and a faster checkout experience. We continue to work with our customers and associates to ensure the proper implementation of these new technologies as well as ensuring that a cashier option is always available for customers who prefer to check out with an associate,” wrote Felicia Fefer, Walmart Canada corporate affairs manager, in an email reply.

“As a result of the changes, associates were reassigned to other roles within the store. Our Sault Ste. Marie store has also hired a number of associates to support our growing online pickup service where customers can conveniently order groceries or general merchandise from home and pick it up at the store,” Fefer added.

Some northern police services think they have a better way of responding to mental health crises
Oct 31, 2020 9:00 AM

Tricks and treats for navigating Halloween during a global pandemic
Oct 31, 2020 8:00 AM