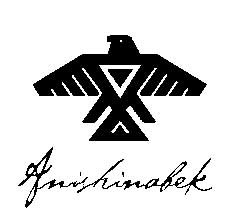 SAULT STE. MARIE, ON - (February 28) - Delegates from 42 member communities are one draft constitution closer to a distinct Anishinabek form of self-government.

Political leaders, Elders and citizens from across the Anishinabek Nation in Ontario are providing direction on how their nation's constitution will be implemented and ratified.

Delegates will also review and provide direction on the draft dispute resolution structures, policies, and procedures that have been developed to date.

"We are nations, we have always been nations and we have the right to govern ourselves in our own way," Anishinabek Nation Deputy Grand Council Chief Glen Hare said today in his remarks to the Chi Naaknigewin Maawanjiidiwin Conference on the Anishinabek Nation Constitution and Appeals System. "Our citizens have said we have to move forward on self-government, assert our jurisdiction, and 'just do it.'"

Some of the discussion centred around how the traditional Anishinabek Dodem (Clan) System can be re-established through modern-day governance institutions, such as a written, national constitution, including a culturally-relevant process for appeals.

"Anishinabek citizens have told us that they want to move forward with sovereignty and nation-building by creating a constitution for the Anishinabek Nation," said Hare. "Also, the Harvard Project on American Indian Economic Development found that native tribes who exercised 'de facto sovereignty' through their own constitutions and forms of government are more successful than those who do not."

"With our own governance systems in place, we will have moved a long way toward Anishinabek self-government. That means being Anishinabek, and not being 'Indians' any longer. No more running to Indian Affairs and the courts to solve our internal problems or make decisions for us."

The conference agenda includes an address by Ontario Regional Chief Angus Toulouse of the Chiefs of Ontario on the "Importance of Unity for the Anishinabek Nation", and a presentation about aspects of a tradition-rooted dispute-resolution system by Tuma Young, CEO and legal counsel for the Eskasoni First Nation in Nova Scotia.

The Anishinabek Nation incorporated the Union of Ontario Indians as its secretariat in 1949.

The UOI is a political advocate for 42 member First Nations across Ontario.