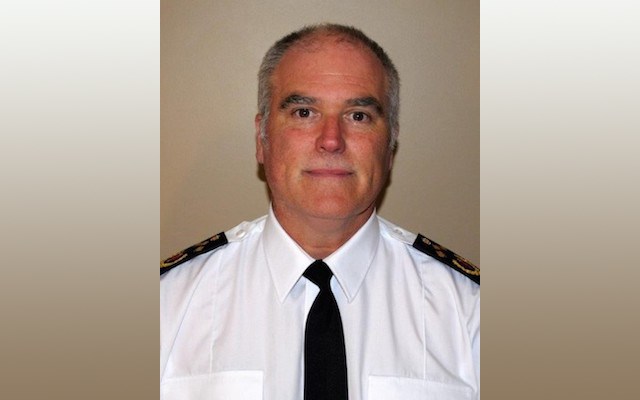 Robert Rushworth, Sault Ste. Marie's chief of paramedic services, will be eligible for retirement over the next year to 15 months. Photo supplied

Love them or hate them, there's one thing to be said about baby-boomer bosses.

They never heard the expression 'work-life balance' in their early careers and no one ever told them they weren't supposed to put in long, unpaid extra hours, whatever it took to get the job done.

And now, as these hard-working old-school bosses retire and leave the workforce, they're creating problems.

No one works brutal hours like that any more.

Good candidates are unwilling to fill those administrative shoes if the job demands are unreasonable.

Organizations must now find the cash to pay for additional managers needed to fill the gap.

At least, that's the picture they were painting this past week at the District of Sault Ste. Marie Social Services Administration Board.

Robert Rushworth, Sault Ste. Marie's chief of paramedic services, will be eligible for retirement over the next year to 15 months.

"Rob's at the end of his career. He's been an amazing chief and he's made an amazing contribution." chief administrative officer Mike Nadeau told DSSMSSAB directors.

Asked by Nadeau how many hours, and how many days a week he and deputy chief Dan Langevin are working, Chief Rushworth never quite got around to giving a precise answer.

"I'm in before seven in the morning," Rushworth responded. "If I get home before five I get a strange look from my wife."

"Weekends? I'm always here some time on the weekend, even if just for a few minutes or an hour, cleaning up."

"Putting in a long day's work is what it takes. It's been that way for years. It's the style I was brought up with. You're not going to find people stepping up if things don't change," Rushworth said.

Nadeau pointed out that Rushworth has been shouldering responsibility like that for years. going back to when he was the local emergency medical services manager.

"Robert and Dan, any time I text them or call them, they're either at work or on call," Nadeau said.

"It's not sustainable. Whenever the senior management team is working, you're expected to be here. If you put in a 12-hour day, so be it."

But everyone needs a vacation, and for the Sault's chief and deputy chief paramedics, that often consists of a week off, with maybe a day or two here and there as possible, Nadeau said

"It's not conducive and it's not something I can support as a CAO. You need to provide some relief."

The exchange took place during a discussion on Thursday night about a draft DSSMSSAB operating budget, which proposed that a second deputy chief position be added in 2021.

The document called for a 5.5 per cent DSSMSSAB levy increase, but Nadeau stressed that it's only a first draft that wil undoubtedly be whittled down.

"This is not a budget that we will recommend," he said.

The DSSMSSAB accepted the draft 2021 operating budget as information.