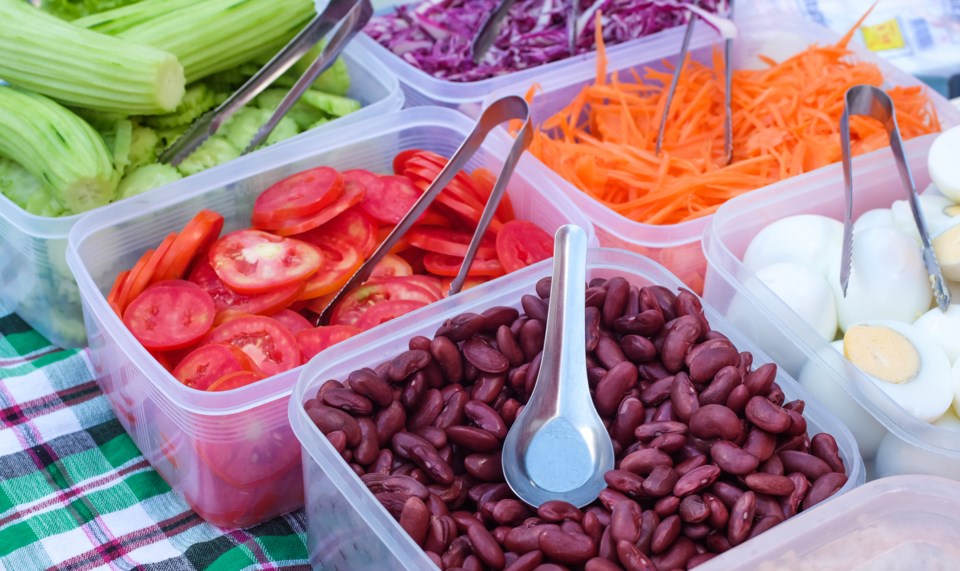 According to the most recent data, it costs $211 to buy nutritious food to an Algoma family of four.

The cost of eating healthy in Algoma has risen 20 percent over the last five years, according to data compiled by Algoma Public Health.

That's almost three times the rate of inflation, and it doesn't include this year's spike in food costs attributed to the low dollar and the resulting high cost of importing the 81 percent of fruits, vegetables and nuts that Canadians buy from other countries.

Once a year, all health units in Ontario are required to price a basket of 67 food items selected to reflect an eating pattern that meets Canada's Food Guide.

The basket does not contain highly processed foods or foods with little or no nutritional value.

The food selection assumes that most Canadians have access to good grocery stores and have the equipment, skills and time to prepare food from scratch.

The nutritious food basket survey is done each May.

The retailers are between Wawa and Elliot Lake and are selected to reflect a mixture of chain supermarkets and community food stores.

Last night, the most recent survey results from May 2015 were presented to the Algoma Public Health board by Kristy Harper, APH's program manager for chronic disease and injury prevention initiatives.

That was up seven percent from the $197 it cost the previous year.

Girls are cheaper than boys.

The survey also looked at the cost of feeding a pregnant or breastfeeding woman.

A breastfeeding woman aged 31-50 in Algoma ate $57 worth of food, almost as much as a man of similar age, who consumed $59 worth.

Since the survey was done, food prices have risen further, alarmingly so.

The national consumer price index released by Statistics Canada one month ago showed that the cost of fresh vegetables had risen 18 per cent over just the previous month.

Tomatoes were up 30 per cent.

Those increases were attributed to the weak economy and supply disruptions.

Harper told the APH board that the nutritious food survey may underestimate the eating costs of many people because it doesn't include baby foods or foods required for special diets.

The cost of food is important, she said, because people are forced to skip meals and fill up on on cheaper, less-healthy food when times are tight.

"This can lead to increasing risk of chronic disease and poor growth and development in children," Harper said.

The Ontario Society of Nutrition Professionals in Public Health says that food banks and meal programs are an ineffective response to this food insecurity problem.

The group is pushing for a basic income guarantee and increased social assistance rates to reflect the actual costs of nutritious food and adequate housing as reported by the nutritious food basket program and Canada Mortgage and Housing Corp. rental income reports.

The following are local findings from the data presented last night to the Algoma Public Health board:

In other news, the APH board was advised last night that its Elliot Lake staff moved into their new office space on March 14.

An official opening ceremony is planned for May.