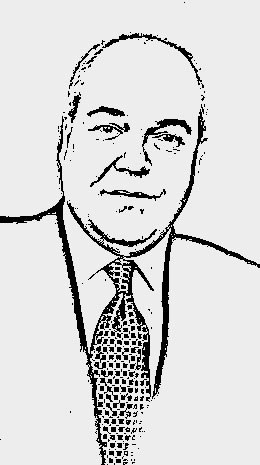 - cash and short-term investments of $453.1 million

- payment of special dividend of $238.2 million

The decline from the second quarter was due mainly to lower steel prices.

Cash and short-term investments decreased by $247.1 million to $453.1 million at September 30 due mainly to the payment of $238.2 million for a special dividend and the purchase of 1.2 million shares at a cost of $29.9 million.

Denis Turcotte, President and Chief Executive Officer, commented: "Despite lower steel prices as a result of a softening market, we were able to generate positive cash flow and net income in the quarter. In addition, we were able to return a significant amount of capital to our shareholders and are positioned to redeem the 11 percent notes in January 2006. We will continue to focus on cost reduction and developing market opportunities in order to mitigate the effects of continued escalation to the price of raw materials and energy."

The company's board of directors has received and rejected a demand from a shareholder, Paulson & Co. Inc., that the company undertake a capital reorganization that would result in a substantial reduction in Algoma's liquidity.

The company has received a requisition from Paulson to call a special meeting of shareholders to consider its proposals, including a replacement of a majority of the directors and a capital reorganization.

The company will conform with its legal and statutory obligations in calling the shareholders' meeting.

The board of directors does not believe that the Paulson proposal represents a prudent course of action for the company.

The company's profitability is highly correlated with the level of steel prices which is a major factor causing variation in quarterly operating results.

Raw material and energy costs have also emerged as significant factors in the past year.

Industry pricing is largely dependent on global supply, the level of steel imports into North America and economic conditions in North America.

Pricing levels increased in the fourth quarter of 2003 and throughout the first three quarters of 2004 due to stronger global markets, particularly China, and improved steel demand in North America.

Excess steel inventories at the end of 2004 and weaker North American demand from several market sectors contributed to lower prices in 2005, reaching a low in August 2005 as excess inventories were depleted.

The company began selling coke in 2004 capitalizing on the strong demand for coke and an increase in cokemaking capacity.

The cost of raw materials and natural gas escalated in 2004 as input prices responded to the stronger demand.

Iron ore and coal costs increased significantly in the first half of 2005.

Iron ore prices increased approximately 85 percent in the first quarter of 2005 from the 2004 contract price.

The company purchased 117,000 tons of coal late in 2004 and early 2005 at spot prices due to a temporary disruption in supply from the company's primary coal supplier.

In addition, the company has estimated purchases of 232,000 tons of coal in the second half of 2005 with most of the related cost penalty expected during the fourth quarter.

The high level of operating income realized in 2004 and 2005 resulted in a profit sharing expense in each quarter.

The board of directors has authorized the issuance of an irrevocable notice of redemption for the company’s U.S. $125 million of outstanding 11 percent notes due December 31, 2009.

The redemption price will be at 105.5 percent of the principal amount and will include interest up to the redemption date.

The redemption of the notes will be funded from existing cash balances and will eliminate annual interest expense of $13.75 million U.S.

On October 25, 2005, the company announced that it had received and rejected a demand from Paulson & Co. Inc. that Algoma undertake a capital reorganization that would result in a substantial reduction in the company's liquidity.

Paulson's demand was contained in a letter to the board stating that, if the Algoma board is unwilling to implement the proposal, Paulson will requisition a special meeting of Algoma shareholders with the purpose of electing a new slate of directors which would carry out its proposal.

In rejecting this proposal, Algoma's Board noted that it has already distributed a special dividend and made a normal course issuer bid in August 2005 which together amounted to a distribution in excess of $300 million to shareholders.

The Board will continue to consider future distributions of cash to shareholders, provided the cash distributions are, in the Board's view, consistent with the company’s other needs.

The board noted, however, that the steel industry is entering a period of uncertainty with respect to the cost of raw materials and the pricing of steel products.

The board believes it is appropriate in this environment to maintain a significant level of liquidity, which would be compromised under Paulson's proposal.

The company has received a requisition from Paulson to call a special meeting of shareholders:

The board intends to call the special meeting of shareholders and will recommend that shareholders vote against the Paulson proposals.