Explained: why we can't have stop lights at Albert & Gore 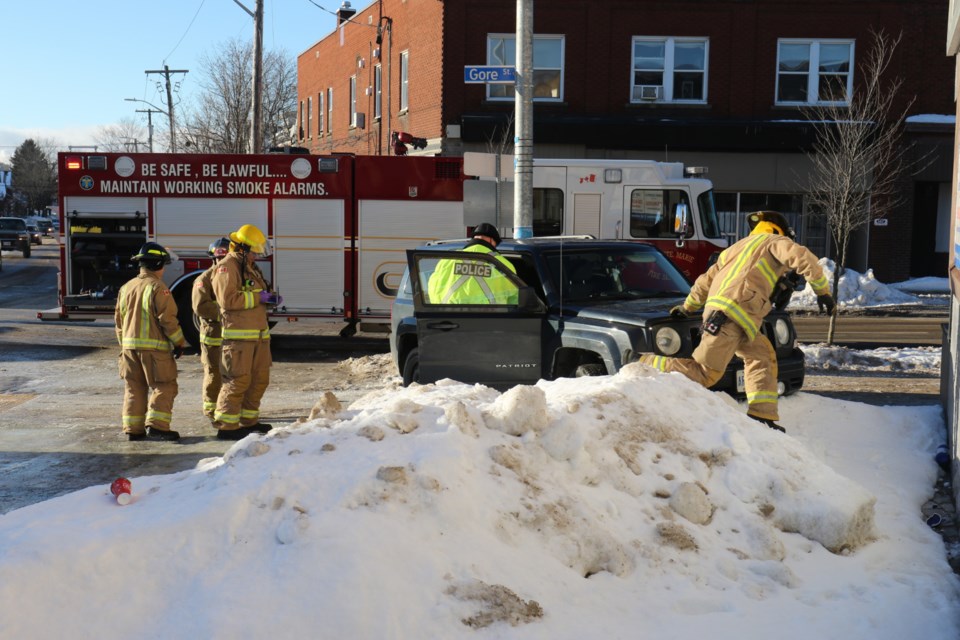 Firefighters and police respond to a 2018 collision at Gore and Albert. An average 17 crashes have occurred there every year since the traffic signals were removed in 2016. File photo by James Hopkin/SooToday

Sure, reinstalling traffic signals removed four years ago from the Albert-Gore intersection would help cut down on collisions there.

But we can't have that.

We can't have that because putting those stop lights back would cost a quarter-million dollars.

After airbagging the issue last night, City Council instead agreed to putting a new stop sign on the northbound approach of Gore Street to the controversial intersection, effectively turning it into a all-way stop.

Eastbound lanes on Albert Street between Andrew and Gore will be reduced to one lane, consistent with changes previously made at the nearby Andrew Street intersection.

"The short report that we got from CIMA+ did touch on that as an option, reinstating the traffic signals, which would be an effective way to reduce collisions at the intersection," Carl Rumiel, the city's manager of design and transportation engineering, told last night's council meeting.

"However... at a higher cost. Off the cuff, it would be in the quarter-million-dollar range to put the traffic signals back at that intersection," Rumiel added.

Responding to a question from Ward 2 Coun. Luke Dufour, Rumiel said the new stop sign will be equipped with a red flasher to ensure it's properly noticed by Sault drivers.

"We agreed some time ago, when we're putting up new stop signs, to use the rapid red flasher above the new stop signs, as well as that new burst, to indicate it's a new sign, for a period of 30 days. But the flasher would stay."

Ward 3 Coun. Matthew Shoemaker pointed out that the city didn't have a traffic engineering consultant on retainer before last year.

"We didn't have that retainer in place when these lights came out," Shoemaker said.

"It would have been nice to have that in place. But I think going forward, any time there's signalized changes or signage changes to intersections, it makes a lot of sense to have CIMA – or whoever's on retainer at that time – look at those intersections before it's done."

Ward Coun. Lisa Vezeau-Allen asked Rumiel, with Albert Street reduced to one lane eastbound between Andrew and Gore, to look into whether any additional street parking might be allowed in that block.