After promising us $1.4 million, province pulls plug on Sault's future

No city jobs will be lost as province withdraws support for FutureSSM, mayor says
Mar 4, 2019 8:51 PM By: David Helwig 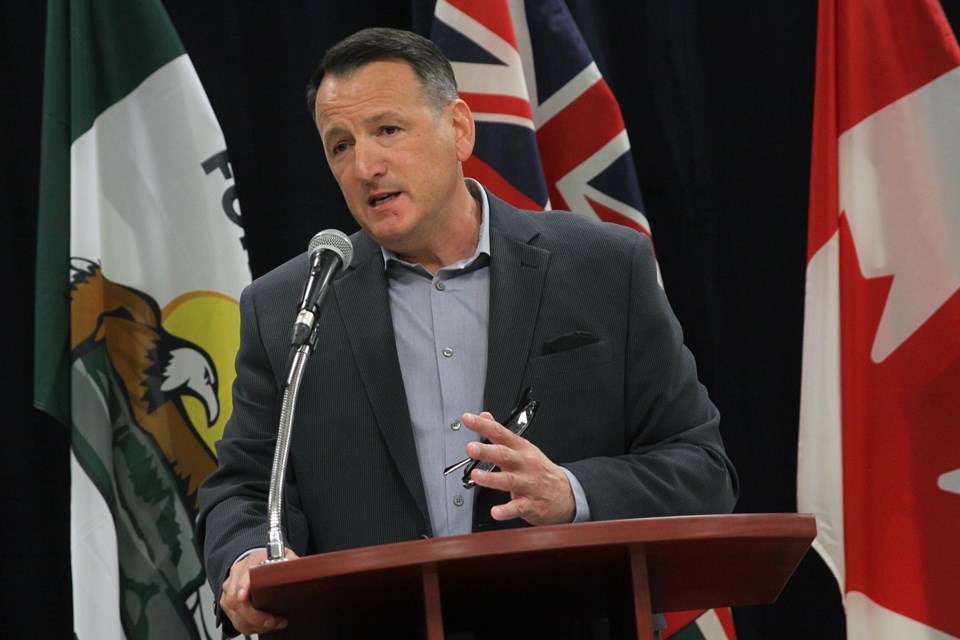 Greg Rickford, Ontario's minister of energy, mines, northern development and indigenous affairs, has notified the city that the province is withdrawing funding to FutureSSM. Stock photo by Matt Vis, tbnewswatch.com

With just one month's notice, Doug Ford's Ontario government has cut off funding to FutureSSM, the six-employee city department working to implement a new community vision on critical issues including business retention and expansion and labour force development.

City officials were advised of the decision Thursday night in an email from Greg Rickford, the province's minister of energy, mines, northern development and indigenous affairs

Rickford served notice that provincial funding for the three-year project will end on March 31.

He gave no reason for the surprise termination.

The province had promised a $1.4-million contribution to FutureSSM through its Northern Ontario Heritage Fund Corp. (NOHFC).

The City of Sault Ste. Marie chipped in $1.5 million.

Mayor Christian Provenzano met with affected city employees on Friday and assured them that no city positions are jeopardized by the province's unexpected withdrawal.

FutureSSM's six employees, all recently added to the city's payroll, are:

Tom Vair, the city's deputy chief administrative officer for community development and enterprise services, told SooToday that numbers are still being crunched, but said only a small portion of the province's $1.4 million, three-year commitment has been spent, possibly as little as $100,000.

"This decision is not intended to imply that the activities considered in the FutureSSM report and/or the implementation plan are unworthy of NOHFC's support in the future," Rickford said in his email to Vair.

"To the extent that such activities , when fully planned out, costed and scoped, appear to be eligible for NOHFC's programs, NOHFC is prepared to receive and consider future applications regarding those activities on a project-by-project basis," the minister said.

"FutureSSM is implementing our community's collective vision to build a great city where people want to live, visit and do business," says the official website.

"FutureSSM's team is working alongside community members to fulfil and build upon the recommendations laid out in the community adjustment committee report: A Common Cause and New Direction for Sault Ste. Marie."

"FutureSSM is a three-year funded project (2018-2021) whose vision will continue to be carried out by community development and enterprise services long after the project has ended," the website states.

"We've got a lot of confidence and faith and excitement in the project," Mayor Christian Provenzano told tonight's City Council meeting.

"We wanted to make sure that the Future SSM team recognized that their employment is stable.... This wasn't going to deter us from moving forward."

"We should be sure to not let what is a roadblock become a complete obstacle. We still have the funds that we've committed to it, and we have confirmed through FedNor that the FedNor funds shouldn't be affected by this."

"We have a little less money now but we certainly have enough money to keep going forward."

"I don't want to make a substantial issue out of losing this funding," Provenzano told city councillors.

The mayor said other things are happening in the Sault that are of greater concern to him.

"If I'm going to die on any hill, if I'm going to raise a big ruckus about any significant issue, it will be those issues," the mayor said.

Ward 5 Councillor Corey Gardi said Rickford had made "the wrong decision" and accused the provincial Conservatives of "not answering calls for assistance from this community."

"I hope that [Sault MPP Ross] Romano takes some time over the next couple of weeks to see what he can do to assist us," Councillor Gardi said.

"These are funds that have been committed, relied on for budgeting decisions," said Ward 3 Councillor Matthew Shoemaker.

The recently approved 2019 municipal budget included a number of projects that were to have received one-third funding from FutureSSM, Shoemaker said.

To cut funding one-third of the way through a project, Shoemaker said, "indicates to me that the provincial government is frankly abdicating its responsibility and its contractual obligations."

Provenzano said he will be inviting Rickford and Finance Minister Vic Fedeli here to show them great things happening at Sault College and elsewhere in the city.