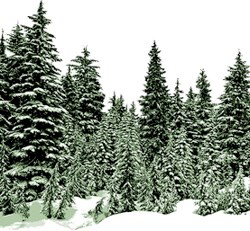 OTTAWA, February 1 - Traditional knowledge held by Canada's Aboriginal people about the boreal forest offers western scientists a vitally important information source, according to a report published by the David Suzuki Foundation, the Canadian Boreal Initiative, and the Boreal Songbird Initiative.

With the boreal forest facing increasing threats from climate change, habitat loss and fragmentation, and invasive species, this knowledge is more important than ever.

The report, Conservation Value of the North American Boreal Forest from an Ethnobotanical Perspective, describes the deep botanical and ecological knowledge that Canada's Aboriginal peoples have gained over thousands of years of using the boreal forest as grocery, pharmacy, school, and spiritual centre.

The report notes that the value of the Canada's boreal forest to Aboriginal people in terms of subsistence (plant and animal) foods alone could reach up to $575.1 million.

Many other values have yet to be quantified.

"The deeply rooted knowledge of indigenous communities remains an essential but often overlooked element in conservation planning," said Larry Innes, executive director of CBI. "This report contributes to building a better awareness among Canadians about the richness and diversity of plant use and knowledge among indigenous peoples."

The report illustrates how scientists and policymakers often overlook ecological issues until a crisis arises.

For example, although few plants species in the boreal region are classified as threatened or endangered under the federal Species at Risk Act or provincial and territorial species legislation, many face widespread human-induced pressures, including habitat loss and climate change.

According to respected Canadian scientist and environmentalist David Suzuki: "Harvesting, processing, and selling wild plants such as blueberries from the boreal forest offers sustenance and profit to many northern communities in Canada. Industrial activities undertaken without the prior involvement or consent of indigenous people can harm important species that sustain community health and well-being."

Environmental studies professor Nancy Turner, of the University of Victoria in British Columbia, agrees: "This report acknowledges that we must not overlook the close interrelationships between indigenous peoples and their lands. Scientists must consider their critical importance as keepers of traditional ecological knowledge."

The report follows a recent study by the UN Secretariat for the Convention on Biodiversity (CBD) that emphasizes the critical importance of forest biodiversity in preserving the planet's overall health.

"If climate change is a problem, biodiversity is part of the solution," said Ahmed Djoghlaf, the UN's executive secretary of the Convention on Biological Diversity. "Canada's boreal forest plays a critical role. Indigenous peoples have long known that maintaining and restoring biodiversity in forests promotes their resilience to human-induced pressures. Now, more than ever, this is an essential insurance policy to safeguard against climate-change impacts and to protect biodiversity for the benefit of present and future generation. The report issued today is a major contribution to the celebration of the 2010 International Year on Biodiversity."

The new report also suggests much more indigenous mapping of the boreal forest has taken place than previously understood.

Scientific information has been encoded in indigenous peoples' languages and is passed on through various stories and place names.

For example, the Gwich'in identified "black currant island" in the Husky River area, as well as a hill along the Arctic Red River whose name translates into "rosehips ripened by the sun."

The Dogrib call Mesa Lake in the Northwest Territories, Gots'okati, which translates to Cloudberry Lake.

The David Suzuki Foundation works with government, business, and individuals to conserve our environment by providing science-based education, advocacy, and policy work, and acting as a catalyst for the social change.

It acts as a catalyst for on-the-ground efforts across the boreal forest region by governments, industry, Aboriginal communities, conservation groups, major retailers, financial institutions, and scientists.

The Boreal Songbird Initiative (BSI) is a non-profit organization dedicated to outreach and education about the importance of the boreal forest region to North America's birds, other wildlife, and the global environment.

The Convention on Biological Diversity is an international treaty for the conservation and sustainable use of biodiversity and the equitable sharing of the benefits from utilization of genetic resources.

The CBD seeks to address all threats to biodiversity and ecosystem services, including threats from climate change, through scientific assessments, the development of tools, incentives and processes, the transfer of technologies and good practices and the full and active involvement of relevant stakeholders including indigenous and local communities, youth, NGOs, women and the business community.