NEWS RELEASE MICHIGAN DEPARTMENT OF NATURAL RESOURCES **************************** DNR, tribes team up to stock walleyes in the Upper Peninsula The Department of Natural Resources and the Inter-Tribal Fisheries and Assessment Program (ITFAP) teamed u
0
Jul 28, 2011 4:35 PM By: SooToday.com Staff 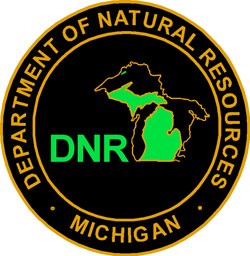 The Department of Natural Resources and the Inter-Tribal Fisheries and Assessment Program (ITFAP) teamed up to stock more than 937,000 walleyes in Upper Peninsula waters in 2011.

The DNR produced more than 400,000 walleye fingerlings from its hatchery ponds for stocking in Upper Peninsula inland lakes and Lake Michigan waters.

“We are very appreciative of this ongoing offer from the tribes to help assist the state in enhancing not only the Great Lakes walleye fisheries, but also our inland lakes,” said acting DNR Fisheries Chief Jim Dexter. “The surplus walleyes from the tribes freed up more than 50,000 walleye fingerlings to help meet other Upper Peninsula stocking goals.”

Walleye stocking has been limited in recent years after the discovery of viral hemorrhagic septicemia (VHS) in Michigan waters.

The discovery caused the DNR to severely curtail walleye stocking efforts in the Upper Peninsula, until new VHS detection and disinfection techniques enabled the DNR to begin returning to normal stocking levels.

The stocking is part of an ongoing cooperative partnership between the DNR and ITFAP.

Walleye production was slightly lower than anticipated in Upper Peninsula ponds, in part because they had been idled for several years.

However, the resulting fingerlings were larger than normal and could result in better survival, said Jessica Mistak, the DNR’s Northern Lake Michigan Management supervisor.

For more information about the DNR’s fish hatcheries and stocking activities, go to www.michigan.gov/fishing

The Michigan Department of Natural Resources is committed to the conservation, protection, management, use and enjoyment of the state’s natural and cultural resources for current and future generations.