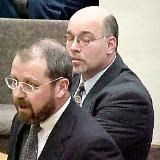 The company has already lined up $144 million in business with TELUS, Canada's second-largest telecommunications services company, and $71 million with the Canadian Imperial Bank of Commerce.

MCCI is currently negotiating with Air Canada and Chrysler for further business.

The company describes itself as an E-commerce business providing its customers with "fully integrated E-commerce, customer relationship management and customer interaction services" that will be provided across multiple channels including voice, web-chat, web-enabled self-serve and E-mail.

Subject to approval of $3 million in funding from the Northern Ontario Heritage Fund Corp., MCCI intends to build a 30,000-square-foot facility on 3.4 acres of the former Ontario Ministry of Transportation property near the Sault Star building.

Most MCCI employees will earn between $11 and $15 an hour, however managers and information technology employees are expected to earn more, councillors were told.

The 600 new jobs are expected to materialize over the next 13 months.

Crema is the founder of Electronic Direct Marketing (EDM), a business-solution provider that employed more than 1,500 people and was sold in 1998 to Teletech Holdings.

The conditions of that sale included a non-competition agreement that restricted Crema's involvement in the outsourced call centre service market, but that restriction expired in December 2000.

If the project receives Northern Ontario Heritage Fund approval, it will become the first tenant in a new E-commerce Contact Centre being established by the City for information technology and E-commerce businesses.

- The City will buy the former Ontario Ministry of Transportation property from Ontario Realty Corp.

- The City will sell 3.4 acres of that property to the Economic Development Corporation for $129,523.

- The City will provide the Economic Development Corporation with $325,000 toward the MCCI project. $100,000 of this will come from monies set aside for the E-commerce Centre project. The remaining $225,000 will be taken from the returning Searchmont Resort funding.

- The City will provide the Economic Development Corporation with a $390,000 interest-free loan to be repaid over ten years. This money will be used to build a new facility for the E-commerce Contact Centre.

- The City will support the Economic Development Corporation's application to the Northern Ontario Heritage Fund for $3 million.

Start-up costs for the E-Commerce Contact Centre are estimated at about $7.7 million. The project is expected to generate 7,100 person-days of construction work, plus as much as $105,000 in annual property taxes.

It's expected that local contractors will be employed.

MCCI will lease the building, paying as well for the operating and maintenance costs and taxes. The company will also provide all needed telecommunications equipment and computers.

MCCI officials first met with City Council in August of last year, and their application for Northern Ontario Heritage Fund monies was made on January 30 of this year.

In a news release, MCCI said: "The prospect of regional development grants and other government incentives for operating in Northern Ontario, together with a weak Canadian dollar, place the company in an excellent position to compete in the global marketplace." Not a call centre

"We're looking forward to coming to Sault Ste. Marie," Blakely said. "We have a lot riding on on our first site. It's a hub site for our expansion plans across the country."

City officials emphasized that the new facility is not another call centre.

"It's an E-commerce centre, which is totally new to the community," said Mayor John Rowswell.

Blakely said a handful of other communities were prime candidates for the facility, including one in which the economic development officer was a personal friend from his high school days.

The deciding factors for Sault Ste. Marie were the availability of labour and training, the City's interest in a long-term commitment and the prospect of Northern Ontario Heritage Fund financing, Blakely told SooToday.com.