Ted Nolan has received more than 300 letters of support, including many e-mailed from SooToday.com readers, over his treatment last week in Chicoutimi, Quebec.
Dec 20, 2005 10:52 AM By: David Helwig 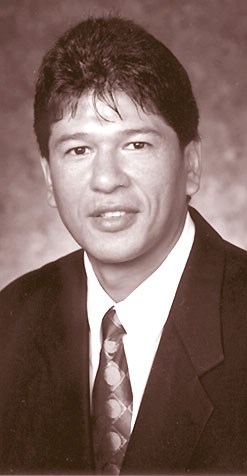 Ted Nolan has received more than 300 letters of support, including many e-mailed from SooToday.com readers, over his treatment last week in Chicoutimi, Quebec.

"Some fans started doing the war cry, the tomahawk chop, the shooting of the bow and arrows and saying some derogatory statements about my native background right from the get go," Nolan said during an appearance this morning on CTV's Canada AM.

"It hurt when I was seven years old and 17 years old, and I just turned 47 and it hurt as much as it did it back then," the former NHL Coach of the Year said.

The Chicoutimi Sagueneens issued an apology to Nolan yesterday and the Quebec Major Junior Hockey League described the behaviour as "distasteful and disgraceful."

Writing in today's edition of the Toronto Sun, Saultbie Joe Warmington predicts that Nolan will get his revenge by winning the 2006 Memorial Cup.

"I know Ted. He'll get his revenge at Memorial Cup time. And I'll bet one day, he'll win that Stanley Cup," Warmington writes. "I wonder if then they'll stop calling him names."

SooToday.com coverage of this story