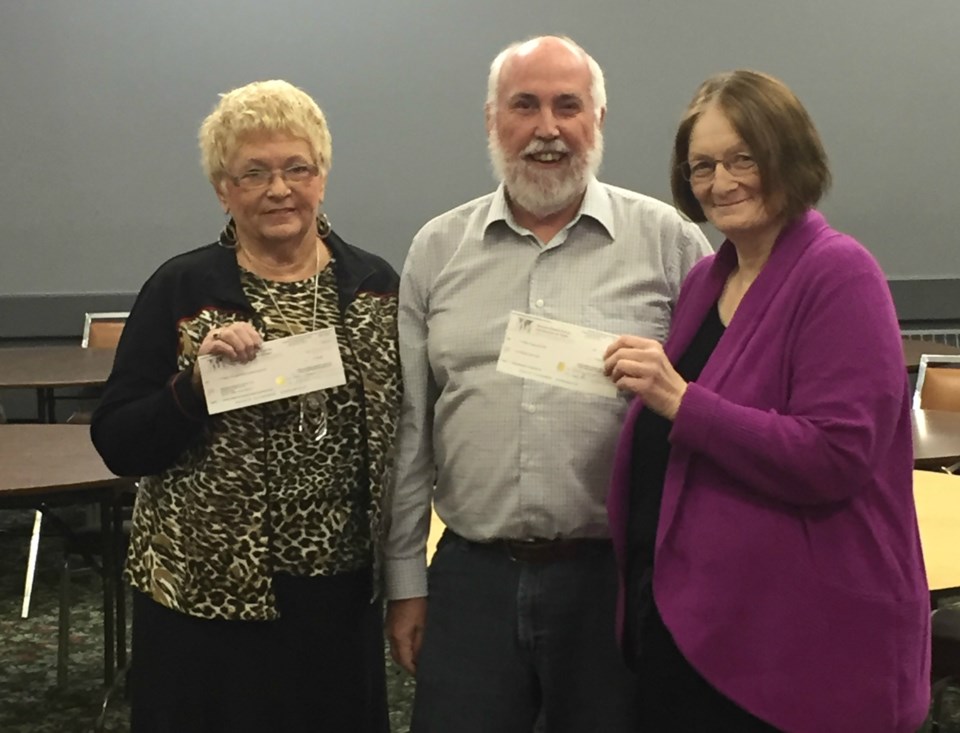 Steelworker members contributed to the fund through clauses negotiated into collective agreements; in some cases matching contributions come from employers.

Jeri Pearce, representing the sponsorship group at Willowgrove United Church, accepted a cheque for $7,500 to advance the funding support for the group’s sponsorship of a refugee family of four from Syria.

Helen Christenson, representing the New Beginnings Refugee Sponsorship Group, accepted a cheque for $15,000 to advance the funding support for the group’s sponsorship of two refugee families from Syria.

Mrs. Pearce stated “On behalf of the Committee and the new Canadian families who need the assistance, we thank the USW members for their generous support”.

Ms. Christenson stated "New Beginnings wishes to thank the Steelworkers Humanity Fund for the most generous support of our families who have taken a huge step in immigrating to Canada under the least desirable circumstances. The families express their thank yous to everyone who in anyway has helped them."

The SHF had earlier this year donated $7,500 to the Friends of Refugees at St. Andrew’s United Church as part of their support of a family of six from a refugee camp in Thailand.

Mr. McLean noted that “This donation is another example of how United Steelworker members, through their donations to the Steelworker Humanity Fund support improving lives for those in need. Conflicts are forcing refugees to flee their homes in different parts of the world. Canada can and must play a leadership role in responding to the global refugee crisis. The Steelworkers Humanity Fund initially earmarked $100,000 for refugees for resettlement in Canada, thanks to the generosity of members of the Steelworkers union. The Fund recently increased the amount available for resettlement to $150,000.”

The Steelworkers Humanity Fund is a registered Canadian Charity funded by USW member contributions. For more than 25 years, The Humanity Fund has supported international development projects, provided emergency humanitarian aid for disasters around the world, supported food banks across Canada and offered an education program for Steelworker members.