Theatre company presents 'If We Were Birds' at Algoma U

Based on Ovid's 'Metamorphoses', the play shines light on the contemporary horrors of unspeakable systemic sexual abuse of women arising out of modern conflict
Feb 10, 2020 2:15 PM By: SooToday Staff 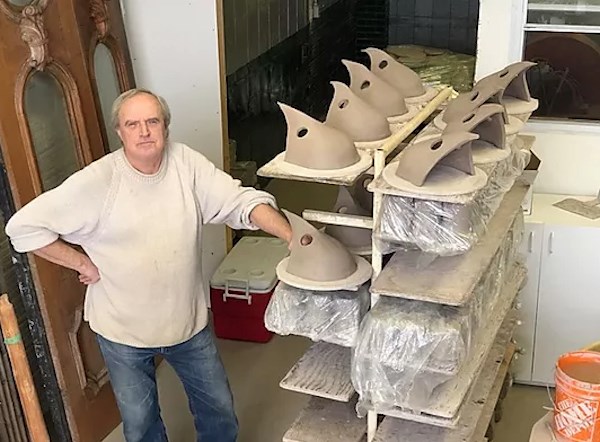 NEWS RELEASE
IN YOUR EYES PROJECTS
***************************
In Your Eyes Projects, a Sault Ste. Marie-based theatrical company, has partnered with Algoma University to present the Erin Shields Governor General's Award-winning play, If We Were Birds. The play opens on Feb. 21, 2020 in the Shingwauk Auditorium of Algoma University. It retells the ancient tale of the dramatic unfolding of the lives of Philomela and Procne, daughters of the King of Athens, Pandion, and Tereus, the King of Thrace.

The play employs Metamorphoses, one of the best known Roman narrative poems written by Ovid, to shine light on the all too real contemporary horrors of the unspeakable systemic sexual abuse of women arising out of modern conflict. A chorus of five survivors from the massacres of Nanking, Berlin, Bangladesh, Bosnia-Herzegovina and Rwanda weave their stories into the fabric of the play in a manner that can be identified, not for the specificity of the conflict, but for the tragic and recurrent universality of the narrative.

Underlying the plot of violence and revenge are the hopeful themes of the healing power of art and the resilience of the human spirit. The play also implores us not to turn our backs on violence but to speak up and resist it and it offers a unique opportunity to engage our community in a constructive conversation about a topic that has far reaching implications, locally and globally.

By presenting this play in partnership with Algoma University, In Your Eyes Projects recognizes the special mission of the institution which is to foster an environment that cultivates cross-cultural learning between Aboriginal communities and other communities. Violence towards women is rooted in cultural and economic conflict, colonialism and patriarchy, themes that recur throughout the play. These are themes that have left a dark legacy that can only be mitigated by dialogue and action.

Directed by Loretta Durat and Joseph Lauzon, the play has attracted a dedicated and talented group of actors, all from Sault Ste. Marie. Anna Gartshore and Tova Arbus play Philomela and Procne, the daughters of Pandion, King of Athens, played by Bob Cooper.

According to Arbus, “This is the type of play that makes us confront deep rooted, age-old issues in our society, meet them head on, and find a way to talk about them, heal from them, and find a path forward. We most hear the stories of those who are silenced; women who are silenced by atrocities of war who are vilified and persecuted for their beliefs, their religion or culture, for the simple fact of being a woman.”

Dan Nystedt is making his debut appearance as Tereus, the warrior King of Thrace. He had this to say about the script, “If We Were Birds speaks to the uncomfortable, if not disturbing truths spanning human rights, class systems and war-mongering, woven into one of civilization’s oldest stories. That these tales are as current as ever is the real tragedy.”

All four actors carry the narrative that closely follows Ovid's original story, providing the dramatic framework for the modern-day chorus of survivors to tell their stories.

The chorus narrates the ancient story in the tradition of classical Greek drama, but in doing so, their timeless personal stories of survival emerge, entangled with the ancient myth. Ava Nori plays 'The Young One'; Heather Janser, 'The Bleeding One'; Krissy Stickland, 'The Pregnant One'; Maria Kahtava, 'The Pious One'; and Carol McLean, 'The One With Dwindling Dignity'.

For McLean, "If We Were Birds is an opportunity to tell the truth and honour the words of the survivors. It is a privilege to be part of the production-to honour these women-to tell their stories."

All the actors bring an emotional intensity to the production. It is a demanding yet rewarding journey into darkness and light, suffering and redemption.

Maria Kahtava sums up her experience candidly, “This has taken me far outside my comfort zone and literally scared the snot out of me. Can I do this? Will I do my character justice? Am I truly capable of bringing my character to life… I wasn't prepared for the emotional effect this would have on me, but I am embracing the change it has made in me.”

​The Shingwauk Auditorium at Algoma University

This play contains strong language and mature themes and is not suitable for children.

Tickets available at the Station Mall Box office, at the door, or online at here.

For a look behind the scenes, please visit here.