Transplanted Sault chanteause, Shauna Major, says that she really appreciates the incredible support she's received from her hometown.
Jan 20, 2006 12:56 AM By: Carol Martin 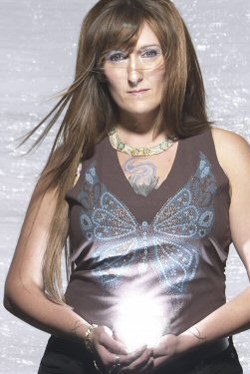 That's why she is coming home to launch her latest musical offering, The Changeling

She will be at Loplop Lounge and Gallery for the launch party and a performance on January 28.

Major says that life in the Greater Toronto Area is a tough go for musicians.

"There's something big and special going on every weekend around here," says Major. "You practically have to take your clothes off and run naked through the streets screaming LOOK AT ME to get anyone to notice you."

But we're pretty sure she'll manage to keep her shirt on at Loplop this weekend.

Major says the CD is already a success, both from an artistic perspective and from a sales perspective.

"I pre-sold a lot of them," she says. "I bet a bunch of those people thought they'd never see me again, but it's finally done and their names are all on the liner notes."

Major says she pre-sold a lot of the ones spoken for while performing in the Sault over the past few years and felt it was important to recognize and thank everyone who supported her.

The full text of the release from her recording company, Wyld Patchouli Records appears below.

Shauna Major delves deep into the human psyche - both the common and the personal - in order to uncover the bare emotion that hides under the social defense systems we create as we move through our lives.

Her music and lyrics resonate in the caverns of one's soul.

Shauna's voice is in itself a dichotomy between naiveté and understanding - optimism and pain, charisma and introversion.

Shauna's 9-song indie debut will be released this January, 2006, with arrangements by Spectrebox Productions.

With tracks that range from the loveliest acoustic guitar/vocal combinations to the most sublime heavy rock, Shauna continues to be - the Changeling.

After three and a half years, the much anticipated album from Shauna Major is ready to make its debut.

Originally entitled Shy, the project developed and began to take on another life.

Everyone involved in the project, the producers, musicians, designer, photographer, and Major herself, went through some transformation.

Thus The Changeling was born.

The Changeling, recorded in Hamilton, will be released on Major’s Indie label, Wyld Patchouli Records, in January 2006.

A three-city CD release mini tour will accompany this, with dates in Toronto (her present home and base of operations), Hamilton (her home away from home while recording this disc), and Sault Ste Marie (her actual home town).

Truly embodying the DIY ethic, Major will spend the next year promoting and touring this record.

Major's newly redesigned website, www.shaunamajor.com, will be launched to coincide with the CD release.

Currently, the CD can be purchased online through her website.

Digital downloads are being set up, allowing listeners to purchase the whole album, or individual tunes.

The CD will be in stores soon – details will be on the website.

"I could wake up to this every morn'in."

"This beautiful, sultry, passionate voice murmurs right into my ears … this girl's voice is my latest addiction."

"The vocals really won't get out of your ears for a while after hearing this."