The Northland Barbershop Chorus is proud to announce its 52nd Annual Show will be presented Saturday, April 9
Mar 24, 2016 10:48 AM By: SooToday Staff 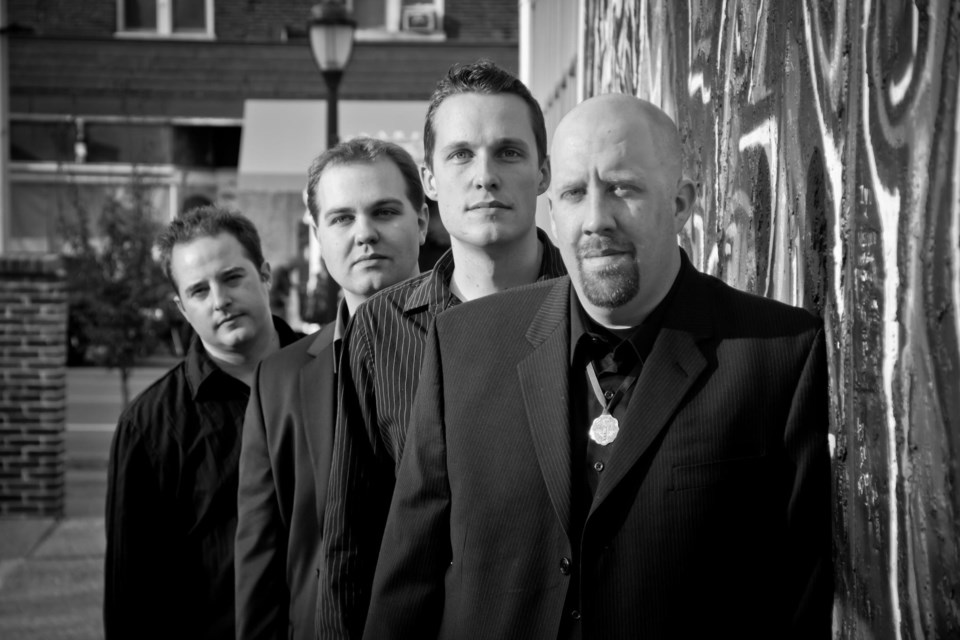 Show info can be found here.

“Fibber McGee and Molly” was an American radio comedy series that maintained its popularity over decades.

It premiered on NBC in 1935 and continued until 1959, long after radio had ceased to be the dominant form of entertainment in American popular culture. \

The stars of the program were real-life husband and wife team Jim and Marian Jordan.

“Fibber McGee and Molly” was one of the earliest radio comedies to use regular characters, nearly all of whom had recurring phrases and running gags. The format of the show often involved a few of these regulars showing up at Fibber’s door for no particular reason.

The 40+ man NORTHLAND CHORUS will present songs in traditional four-part barbershop harmony within a script adapted by Chorus Director Bob Shami from an episode of “Fibber McGee and Molly” (original air date: Oct. 3, 1950), entitled “Fibber Has a Stomach Ache”.

The show is set on Valentine’s Day, 1950 and Fibber has just figured out what to get Molly: a 9-lb box of chocolates – the biggest size they sell.

Since Fibber is famously known to have a sweet tooth and problems with impulse control, hilarity ensues, along with several golden-age-of radio love songs (and even a classic Monty Python tune) from the Chorus.

A major portion of the proceeds will go to support local speech therapy programs at the Speech-Language Pathology Unit at Sault Area Hospital.

Several thousand $ more has been donated to the Speech Dept at War Memorial Hospital in Soo, MI, as the Chorus typically returns fees earned by them from performances in the US to War Memorial - this, in keeping with their motto:

The Northland Chorus has set a lifetime goal to contribute $100,000 to Sault Area Hospital not later than our 2019 show. Revenue derived from the annual show is the only source of our donations to the Hospital.

More information about our long history of support of the local Speech Therapy services in both Sault's can be viewed on our website.

Barbershop singing had its beginnings in American barbershops of the 1890’s through 1920’s. Barbershops served as “tonsorial parlours”: places where men gathered to share news, camaraderie and a song or two.

The Barbershop Harmony Society is an umbrella international organization which serves 30,000+ members in 800+ chapters across North America. It granted the Sault Chapter its charter in 1961.