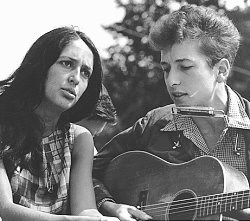 SANTA MONICA, Calif. — Recipients of the 2007 Lifetime Achievement Award, Trustees Award and Technical GRAMMY® Award have been announced by The Recording Academy®.

Estelle Axton, Cosimo Matassa and Stephen Sondheim will be honored with The Academy's Trustees Award.

David M. Smith and Yamaha Corporation have been named recipients of the Technical GRAMMY Award.

Both awards are decided by vote of The Recording Academy's National Board of Trustees.

Technical GRAMMY Award recipients are determined by the academy's producers and engineers wing members and the academy's trustees.

The award is presented to individuals and companies who have made contributions of outstanding technical significance to the recording field.

Formal acknowledgment of these special merit awards will be made at an invitation-only ceremony during GRAMMY Week, as well as during the 49th Annual GRAMMY Awards, which will be held at STAPLES Center in Los Angeles on Sunday, Feb. 11, 2007, and broadcast live at 8 p.m. ET/PT on the CBS Television Network.

As one of the most accomplished interpretive folk singers of the '60s, Baez has influenced nearly every aspect of popular music in a career that is still going strong after more than 45 years.

As the house band at Stax Records in Memphis, Booker T. & The MG's had tight, impeccable grooves that can be heard on classic hits by Otis Redding, Wilson Pickett and Carla Thomas, to name a few.

They also were one of the top instrumental outfits of the rock era, recording classics including "Green Onions," "Time Is Tight," and "Hang 'Em High."

As a band that featured two blacks and two whites playing as a cohesive group in the highly-charged south of the '60s, they set an example of how music can transcend social ills.

Among her contemporaries, Maria Callas had the deepest comprehension of the classical Italian style, the most musical instincts and the most intelligent approach, with exceptional dramatic powers.

She had a wide range from high E to the F below the staff, and an innate feel for the style of bel canto roles, but she was most notable for bringing a commitment and intensity to her dramatic portrayals that was unprecedented at the time.

Her fame has transcended the usual boundaries of classical music, and she has been the inspiration for several movies, an opera, and a successful Broadway play.

One of the most notable figures in jazz history, American jazz saxophonist and composer, Coleman is considered one of the major innovators of the free jazz movement of the '60s.

He has influenced virtually every saxophonist of a modern disposition and nearly every jazz musician of the following generation.

Coleman's timbre is one of the most easily recognized in jazz: his keening, crying sound draws heavily on the blues. From the beginning, his music and playing were unorthodox, and his sense of harmony and chord were not as rigid as most swing music or bebop performers and were easily changed and often implied.

His growing reputation placed him at the forefront of jazz innovation, and free jazz was soon considered a new genre.

As one of the most influential and controversial rock bands of the '60s, The Doors' music included socially, psychologically and politically influenced lyrics.

The band formed in 1965 — when Morrison and Manzarek were film students at UCLA — with a sound that was dominated by Manzarek's electric organ and Morrison's deep, sonorous voice with which he sang his highly poetic lyrics.

Blending blues, classical, Eastern music, and pop into sinister but beguiling melodies, the band sounded like no other.

The group's first album, The Doors, featuring the hit "Light My Fire," was a massive success, and endures as one of the most exciting, groundbreaking recordings of the psychedelic era.

The Grateful Dead were the psychedelic era's most beloved musical ambassadors as well as its most enduring survivors, spreading their message of peace, love and harmony across the globe for more than four decades.

The band released more than 50 albums, and was music's top-grossing live act year after year.

As strong and passionate supporters of numerous educational and humanitarian charities, they established the Rex Foundation.

Today, more than 10 years after Jerry Garcia's death, the legions of fans — called Dead Heads — have only grown larger and stronger.

Wills' name will forever be associated with Western swing.

He is credited with popularizing the genre and changing its rules.

The band gained fame playing for eight years on a Tulsa, Oklahoma radio station and ultimately influenced generations of country and pop artists with its iconoclastic approach and individual sound.

Click here to read the conclusion of this announcement