Horizon Drive In brings its 40-foot, inflatable movie screen to the Algoma District for three days in October
Sep 24, 2020 1:10 PM By: James Hopkin 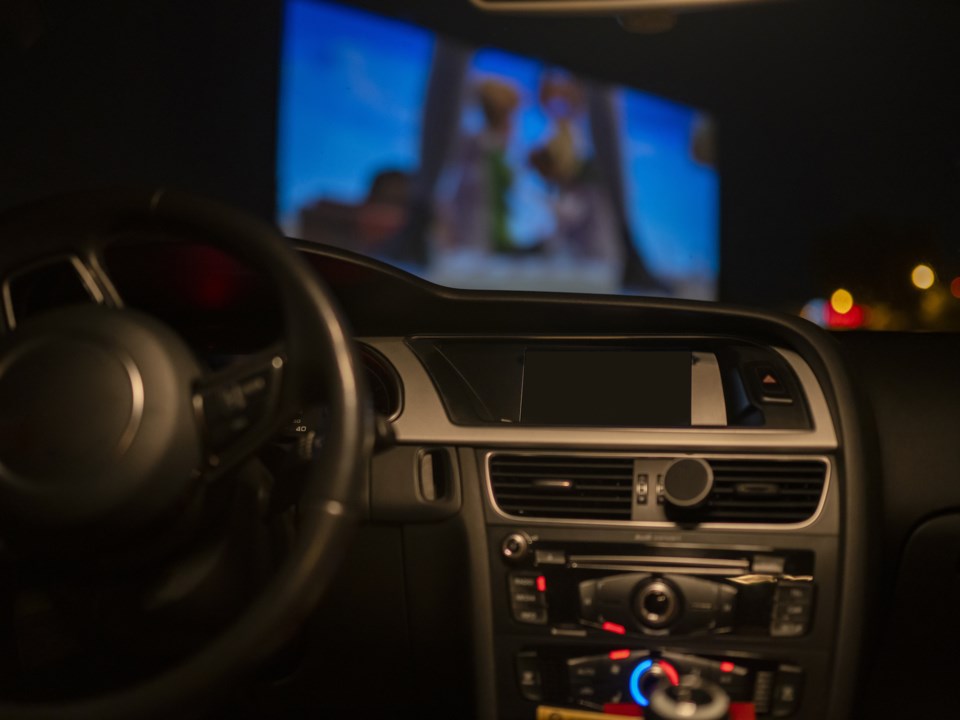 After bringing its pop-up, drive-in movie theatre experience to parking lots across the north throughout the summer, Horizon Drive In is expanding its reach to Sault Ste. Marie and St. Joseph Island this fall.

Grease, The Conjuring, Missing Link and Footloose will be shown at Sault Ste. Marie’s Strathclair Park Oct. 10-11, while Grease and IT will be shown at St. Joseph Township Centennial Grounds in Richards Landing Oct. 9.

Kelsey Cutinello, who owns the Sudbury-based pop-up with business partner Ben MacKenzie, says Horizon Drive In has been travelling to cities and towns across northern Ontario throughout the summer, showing its movies using a 40-foot, inflatable screen and using FM radio for audio.

“When the pandemic hit we thought, what a great idea,” said Cutinello. “We saw lots of drive-ins happening and kind of having this resurgence in other cities. We put our minds together and decided we were going to have a go at it and travel northern Ontario.”

The drive-in movies will adhere COVID-19 guidelines issued by the province, such as the spacing of vehicles and only allowing those in attendance to exit their vehicles in order to use the facilities. Concessions are purchased online and delivered to vehicles upon entry. Capacity is usually capped at approximately 200 vehicles.

Cutinello says the crowds so far have spanned generations, and it’s still surprising to her that the younger generations are “pumped” to watch a classic drive-in movie. It’s becoming customary, at this point, for Horizon Drive In to kick off every opening weekend with Grease, which Cutinello says is almost always a guaranteed sell-out.

“We have such a gamut of people. We have younger teenagers that have never been to a drive-in before, that have only heard the stories of what their parents or grandparents have told them - and then we have people that went to the drive-in when they were teenagers, and now they’re coming back,” she said. “It’s very true to a real drive-in experience.”

Based on the sales for the Sault and St. Joseph Island, Cutinello is confident tickets - available online through the Horizon Drive In website - will sell out quickly for both locations.

Horizon Drive In credits The City of Sault Ste. Marie for being on board with next month's pop-up movie theatre events.

“The City of Sault Ste. Marie has been the best and easiest place to do this event. The people in City Hall have been wonderful and very accommodating, finding us a parking lot to work in and trying to make sure that we were able to bring this event to the people of Sault Ste. Marie - so kudos to them,” Cutinello said.

Horizon Drive In will be giving away a number of vehicle passes, consisting of tickets and concessions, through Facebook and Instagram leading up to the scheduled Sault and St. Joseph Island dates.