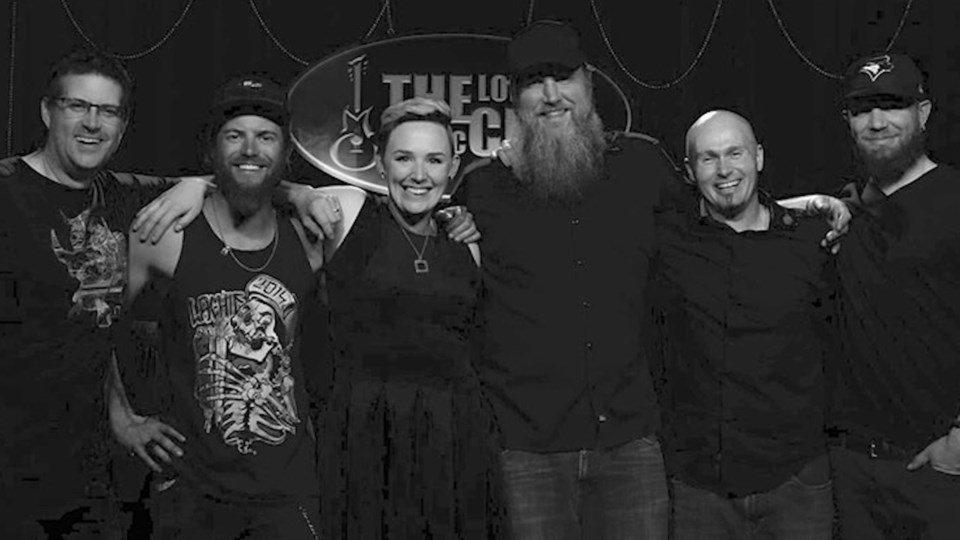 At the Fork in the Road, the brand new album from Chillman with his band The Chill Men and life partner Jess Jones, will be celebrated with a release party at the Grand Theatre on Saturday, Jan. 25.

At the Fork in the Road features a variety of Chillman's songwriting talents on display with styles ranging from blues, country, rock, and Canadian folk. Chillman, who often performed as a solo acoustic artist, enlisted the help of a new band with some old friends for this next chapter of his music career.

"I have spent a few years touring on and off, and just recently started playing again with two of my original bandmates and best friends, Derek Turner and Mike Bird, from where I grew up in northern Ontario," said Chillman. With Turner on drums and Bird on bass, the band is rounded out by London musicians Adam Plante on keyboards, Adam Goodlet on percussion, and multi instrumentalist John Humphries contributing harmonica and cello.

Also included in these amazing musicians is Chillman's wife, Jess Jones. Her soulful and eerie, yet powerful vocals add another element to these songs that will keep you in a trance.

Copies of At The Fork in the Road will be available at the show as will Chillman's first release Up Hill Both Ways. Both are available on Spotify as well as on vinyl record.