A look back at that night in Kingston

Five days after Canada paused to watch Gord Downie and the Tragically Hip finish off their historic tour, SooToday columnist Tim Wilcox looks back and ponders what it all meant
0
Aug 25, 2016 7:00 PM By: Tim Wilcox 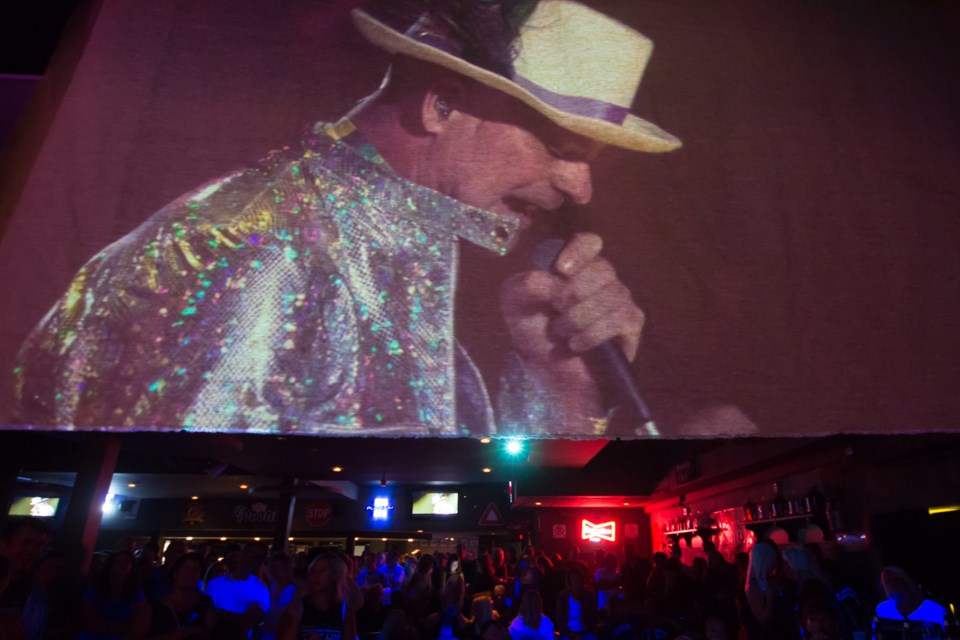 And we will never see the likes of it again.

If you are unaware of the goings on in question, then my best wishes on a full and speedy recovery from your extended coma.

The Tragically Hip played a gig in Kingston, and an entire country showed up. Canada came to a stop.

The last night of the Olympics was pre-empted on our national broadcaster. The OLYMPICS.

And why did so many people, nearly everyone you know, take a late summer Saturday night off to tune into a concert from a band whose last significant chart impact was a decade or more ago? A band who couldn’t get arrested outside our nation’s borders?

To say goodbye, that’s why. Well, for now, at least.

When Gord Downie revealed in late May that he had been diagnosed with Glioblastoma, a cancer of the brain that has no known cure, music fans from coast to coast were levelled, gutted, blown off of their collective feet.

This band was always supposed to be there, reliable and game, with their anti-rock-star leader mugging, and miming, challenging as ever.

It doesn’t end like this, does it? Not The Hip?

Maybe not, but it sure seems likely.

Nonetheless, after surgery, chemo, physiotherapy and the tapping of a well of inner strength most of us could only hope to have, Gord decided to take the boys on one more trip across the country, to do what they do best; put on a rock show. For us.

Classic Hip. Powerful but nuanced, grand yet intimate, with no frills. Unless, of course you count a whirling, feather-chapeau’d, electric-suited improv artist on the mic as a frill.

This time though, the differences were palpable. From the air of trepidation leading up to the first night in Victoria (Would Gord be okay? Would WE be okay with Gord?), to the banks of teleprompters loaded with his own lyrics, to the tight semi-circle the band used to surround, to protect, to reinforce their ailing leader. Throw in a ticket selling controversy that threatened to tarnish the legacy of a band seemingly above that kind of nonsense, and it all felt a bit odd, a bit…off.

We needn’t have worried.

Show after show, stop after stop, encore after encore, the band tore through their catalogue, one LP at a time, pounding out favourites, and reintroducing us to overlooked deep cuts.  Songs that brought us back to road trips, camp parties, all-night study sessions, post-game dressing room beers, and hopeful mixtapes.

Through it all, there was Gord. Defiant, bellicose, and emotive as only he can be. The imagery in his lyrics was given a new, heretofore unimaginable emotional weight, one that he himself acknowledged, sometimes playfully, sometimes painfully, in his performances.

None moreso than the final show, in front of their hometown fans, and a fella named Justin, did that weight find a place to land.

There were missteps, struggles, and awkward moments. It didn’t matter though. The band may have had a tight wrap on Gord, but it was nothing compared to the others who were ready to fill those gaps, to help him on. It was the 6,500 inside the arena, 25,000 gathered outside, and countless millions in homes, bars, public squares, and provincial parks, at the ready. Here in Algoma, we represented in the hundreds at The Canadian, Loplops, backyards and basements, and even a certain media staff getaway at Pancake Bay. We’re here, Gord, and we’ve got your back.

It seems fitting that, on the last night of the Olympics, one at which Canada performed brilliantly, that a nation was there at the last leg of this marathon, helping up that struggling runner up from his stumble, exhorting him to finish, and running by his side to ensure it happens.

That’s what Canadians are about, after all; Doing what it takes to make sure we all get there, together.

Three hours, three encores, “uncharted territory” for the band, according to Gord, and then Ahead By A Century.

Thank you, good night, and on with life; his, ours, however long it may be.

As unfathomably sad as the circumstances were that brought everyone together, it resulted in a celebration; more revival than wake. After all, according to guitarist Rob Baker, no one in their camp said anything about an ending.

Still, if it is, what a finale. Canada showed up, and their sons delivered, beyond expectation. It was a powerhouse rock show full of iconic moments, both touching and funny. It will join the Summit Series, Olympic Gold in hockey, the end of Terry’s run, and precious few others that make the Canadian “Where Were You When” Hall of Fame.

During the climactic finish to Grace, Too, Gord’s trademark “HIM? HERE?!” query became a primal scream, a final cathartic release, one that we can’t possibly grasp what it meant to him. As he sang, he broke down in tears. Crowd shots showed the fans joining him, as did your narrator, and I would wager most of you too.

Then just as quickly, he stopped, stiffened, replaced the mic, and bowed deeply, appreciatively.

There was a show to finish.

And finish he did, like he has thousands of times, for 32 years, in front of 28 people, or an entire nation.

With will and determination, and grace, too.