The lure of copper attracts exploration company to Heyden 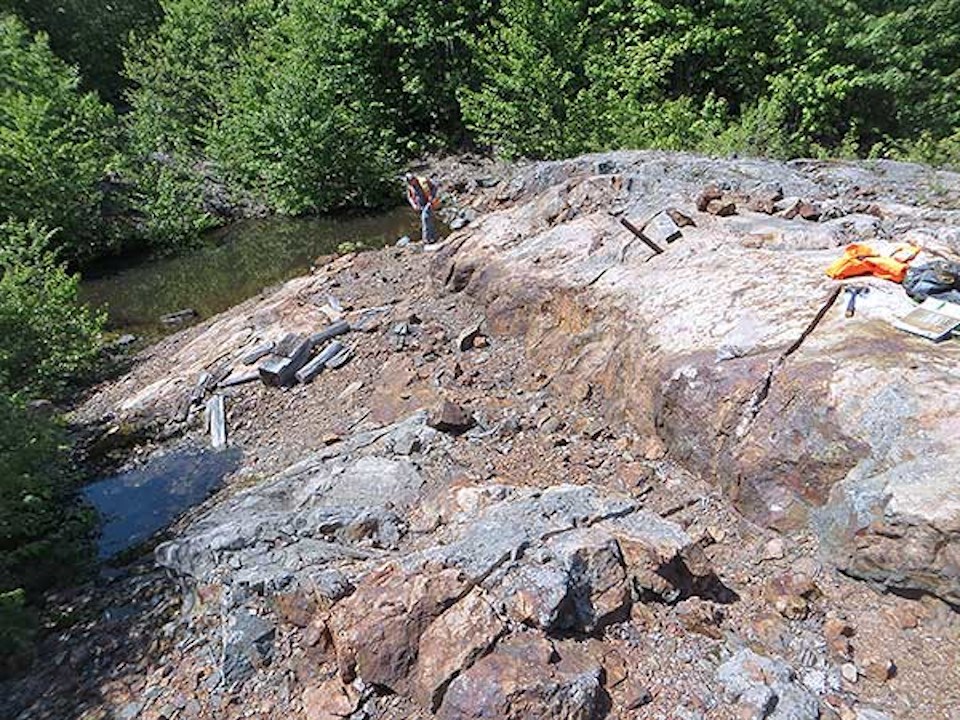 Sudbury's Transition Metals has granted an option of its Island Copper project, near the community of Heyden, to Rich Copper Exploration, a privately-owned junior miner.

The 62-hectare property in Aweres Township is 20 kilometres northeast of the city. The rugged project area is just west of Island Lake. A rail line and Highways 556 and 552 run through the property.

The Island Copper property has been explored by various companies over the years with 37 drill holes punched to a maximum depth of 137 metres.

Samples recovered during a 2018 site visit by Transition Metals showed values of up to 9.0 per cent copper and 7.0 grams per tonne gold from massive chalcopyrite veins.

Chalcopyrite is the most widespread copper-bearing mineral found around the world. It's present in recognized Canadian mining camps like Timmins and at the giant Olympic Dam copper-gold deposit in South Australia.

The southeastern shore of Lake Superior has shown numerous copper occurrences over the years, with some mine production, but has always been an underexplored area of Northern Ontario even though it's been historically viewed as having the geological potential to host iron oxide copper gold deposits.

Base metal giant Falconbridge (now Glencore) explored the Island Copper property twice in 2002 and 2005, reporting a series of faults which looked to be keys in figuring out the mineralization on the property. But no follow-up drilling was ever done.

Under the option agreement with Transition, Rich Copper can gain full ownership of the property by paying Transition $150,000 in cash over three years, transferring 500,000 shares upon signing the agreement, $475,000 worth of shares over three years, and by spending $750,000 on exploration at the project site. The benefits for Transition get substantially richer should the property advance toward mine production.

“The Island Copper transaction is another demonstration of the success of our Project Generator business model," said Transition CEO Scott McLean in a Jan. 5 news release.

"Transition identified the opportunity, staked the property and confirmed the target potential. We have now been able to leverage this initial seed capital investment significantly while still preserving the upside potential through future milestone payments and a royalty. We look forward to working with Rich (Copper) to advance this promising project.”