LETTER: The Norgoma 'ain't ugly. It's my friend' 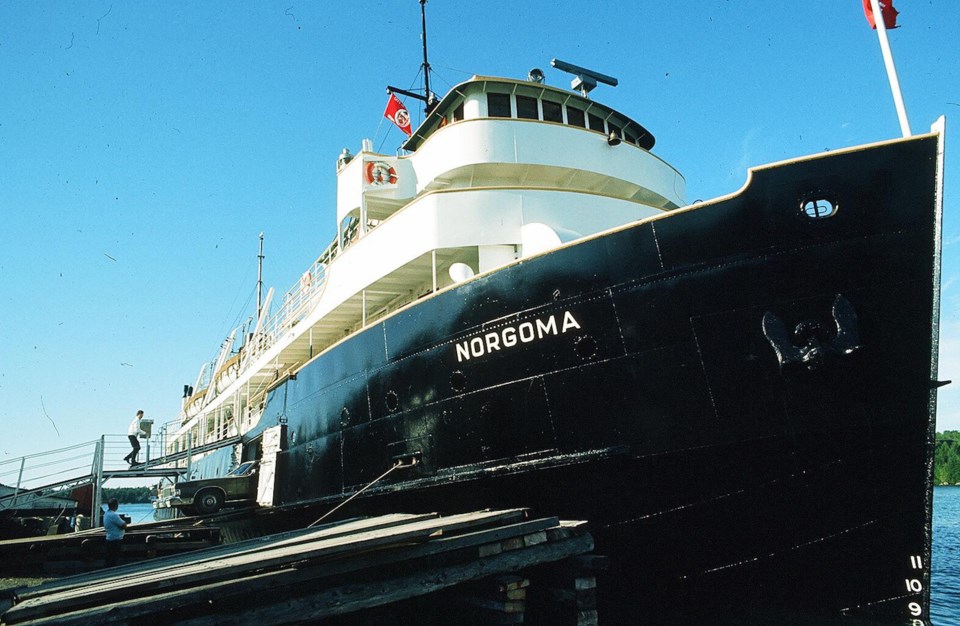 The following letter to the editor was submitted to SooToday by reader Lloyd Walton:

I'm a "from away" now, but I still call the Sault home. When I do get back, I visit the old haunts, and the waterfront is where I make my strongest connection.

We were taught in Cody Public school on the top of Moffley Hill that the Soo Locks and St Marys River was the busiest waterway in the world. In summers, I would bike down to the Government Dock to watch the Beavers and Otters of the Department of Lands and Forests developing the first roll over tanks to be used in forest fire suppression.

On Thursdays, the Norgoma would pull in unloading cars, passengers and freight. I was always surprised that crew and passengers would take the time to talk to this young kid. The bustling activity around that dock was, to me, the happening place in town. The Norgoma would load up again and steam away down river to places I hoped to visit in the future.

Ten years later, I was driving a motorcycle up the Bruce Peninsula through 60 miles of road construction in a heavy rainstorm, trying to make the 11 a.m. ferry in Tobermory. When I pulled into town to ask directions, I heard the familiar boat whistle and sped off in that direction down to the dock. I pulled up to the ramp to watch the old Norgoma pulling away. Somewhat distraught, (I was soaked to the skin) I waved my arms. Then I heard a bell ringing – ding ding ding. The captain slammed it into reverse, edging close to the dock. The crew slid out a plank and I drove up and on to the car deck. I was offered a hot shower and a place to dry off.

Did the spirit of that old ship remember the kid with the bike waving good-bye as it would churn away on Thursday afternoons from the Government Dock up in the Soo? The Norgoma today obviously has a place in my heart. It ain't ugly. It's my friend. Rest in peace.