The Sault's culinary connection to the King of Kensington 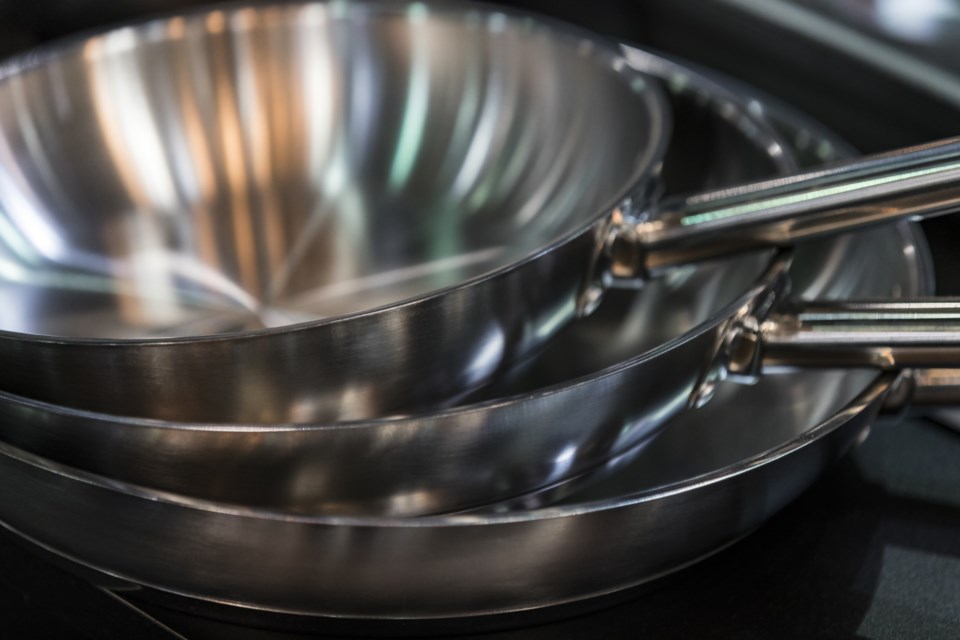 Many may remember Al Waxman, The King of Kensington, a much-loved comedic actor in Toronto a few decades ago. What many aren’t aware of is that his wife, Sara Waxman, who has, over the years, been a food writer with many of Toronto’s newspapers, and is the founder, publisher and editor of Dine Magazine.

Back in 1985, Sara Waxman published a cookbook, Back Roads and Country Cooking, a cross-Canada snapshot of local cuisine featuring every region of our country.

One of the recipes from the All Roads Lead North section is Pork Tenderloin With Sauce Ste. Marie, which was submitted by Cathy Skeggs, now a retired secondary school teacher, and wife of retired attorney, Fred Skeggs – who is a very fine cook in his own right.

With tongue-in-cheek, Fred proposes that the publication of this recipe made Cathy an “international celebrity chef”…at least to members of her family!

The ‘star’ of the recipe is the Sauce itself, and while the pork would be delicious, you could just as easily substitute other protein, such as chicken, turkey, or even veal.

And this is how it is done:

1 pork tenderloin, about 1and 1/4 pounds

Pepper and garlic salt, to taste

Dice the carrots, celery and onions. In a large skillet or frying pan, heat just enough oil to thinly cover the bottom of the pan, then add the vegetables, salt and pepper, and red pepper flakes –if you are using them. Gently fry them just until soft and limp – don’t brown. Now, add the ketchup, Worcestershire Sauce, and sugar. Pour in the tomato juice and simmer for 30 minutes, covered. Stirring as needed.

While the sauce is simmering, slice the pork-tenderloin into about 1-inch thick disks, and then, with a mallet, flatten the meat on a cutting board. Fred explains they should be “Goldilocks” in thickness –not too thin, not too thick…just right is about 1/4 of an inch – that’s half a centimeter. Let’s say “Scallopini” thickness. (See how it goes with the first disk, in terms of being able to pound it down to the desired thickness. Then you can adjust how thick a slice will work for you.)

Dip each piece first in the flour, next in the beaten egg, and finally in the breadcrumbs.

In a large skillet, over medium heat, heat oil as you did with the vegetables, and then sauté the pork slices on both sides until they are just pink – don’t over-cook. You will likely do a few at a time, and may need to add a little more oil as you go, as the breadcrumbs can soak up the oil

Place the meat on a platter, and then ladle with some sauce, reserving some of the sauce in a serving boat.

Fred suggests that the sauce would be excellent equally with chicken cutlets or with fish.  With the latter, the fish could be cooked directly in the sauce in a 350° oven. I imagine that this would work best with a white-fleshed fish, and again, don’t overcook – when it begins to flake, it’s done!

Now for the wine.

With a sauce such as this, a red wine with bright acidity would be perfect. As of this Aug. 22, you can find the Michele Chiarlo Le Orme 16 Months Barbera d’Asti 2017, $15.95, from the Piedmont, a wine I really enjoy. The Wine Enthusiast suggests that “this juicy red opens with aromas of ripe dark-skinned berry, star anise and a whiff of forest floor. Rounded, chewy and fresh, the savory palate doles out mature Marasca cherry, cranberry, licorice and a hint of truffle alongside smooth tannins.” – 90.

Until September 13, Ontario’s Sandbanks Sleeping Giant is $2 off at $17.95. This is a terrific blend of two hybrid grapes that thrive in our cool climate growing areas, Marechal Foch (pronounced “Mar-uh-shal Fohsh”) and Baco Noir. Enrobed in soft tannins, the wine impresses you with sweet cherry and coffee notes and a gentle bite on the finish. .

At $24.95, the Sartori 120th Anniversary Valpoicella Superiore 2016 has an attractive nose of forest floor and violets. It is medium-bodied, quite dry and chewy, the palate giving us the impression of dried cherries and slightly raisined grapes which lead to a langorous finish.

While you are picking out your red for Pork Tenderloin with Sauce Ste. Marie, here are some wines on the Aug. 22 Vintages Release which you might also want to try.

Chateau Haut-Rian Blanc 2018, $15.95 from Bordeaux. “This has a ripe character, with hints of yellow fruits as well as warm acidity. An attractive tangy character gives the wine lift.” Wine Enthusiast -90.

Two Rosés are also attractive. Margalh 2019 is from the south of France, and just $14.95. It is organic, and Vintages tells us we can expect this “blend of Cinsault, Grenache, and Syrah to provide excellent value and express a tangy, juicy character.”

Fabre Montmayou Rosé 2019, $15.95, has a good pedigree. Of the 2017, Michael Schachner in the Wine Enthusiast considered it a “best buy” and wrote, “An easy mix of stone-fruit and orange aromas announces a clean rosé of fairly high quality. That assumption is confirmed on a citrusy, bouncy palate. Orange and under-ripe pineapple flavors finish sound and fresh.” – 87.

In Reds, there are always lots of options, not to say temptations.

Aromo Private Reserve Syrah 2016, $16.95, is a Chilean red that critic James Suckling scores a 95, writing that “the palate has superbly fine tannins and a dark, stony thread that feed through ripe blackberries. Long and fleshy.” While I generally find Suckling’s scores just a trifle high, even if you were to knock this down a point or two, it still would be amazing.

One of the “Wines of the Month” is La Tremenda Monastrell 2017, $17, from Spain’s Alicante region. It earned 92 from robertparker.com, which suggest that “there are notes of fresh fruit, rosemary and thyme, with clean aromas, open and expressive. The palate is juicy and round…fruit-driven, with just a spicy twist.”