Student trustee driven by desire to make life better for others 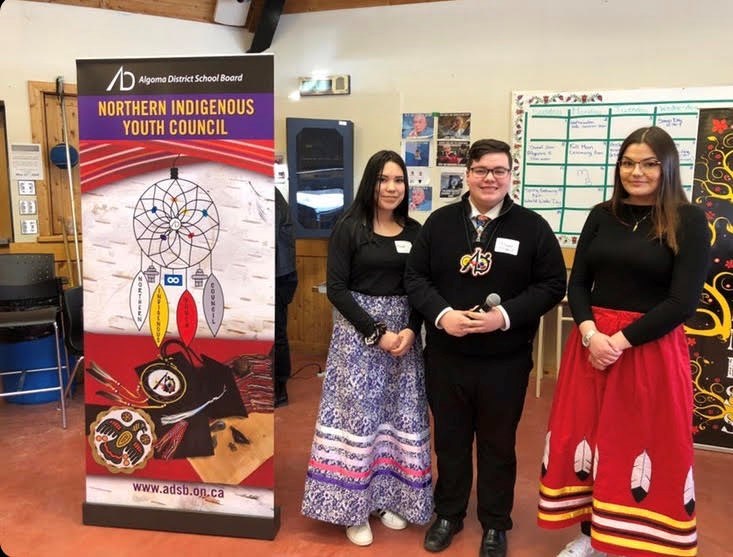 Marek McLeod may be a Grade 12 student at Superior Heights, but that doesn't go anywhere near to describing everything that he does.

Marek serves as Indigenous Student Trustee for the Algoma District School Board, a job that has meant Marek has had the opportunity to travel Ontario, where he has been able to express his opinions and pass along his knowledge to others in regard to Indigenous and political matters.

"I'm an advocate for First Nations, Metis, and Inuit students in the ADSB. I'm politically-engaged. I serve on the student senate, Mayor's Youth Advisory Council, Superior Heights Rotary Interact Club, and serve on a few councils and committees at the ADSB."

"I have board meetings biweekly on Tuesdays, attend a monthly IEAC (Indigenous Educational Advisory Council) meeting, and serve on the board's wellbeing committee."

What drives one student to take on all of these extracurricular responsibilities, but also to excel academically?

To Marek it's more than just being in committees and being a student trustee, it's all about making things better for those around him.

"I've always believed that if you want to see a positive impact in your life and your community you've got to do it yourself, not just for your own self-interests, but for those that can't do it themselves," said the 17-year-old.

Marek also has a strong passion for and knowledge of his Indigenous background and culture.

"I am quite fortunate to live in a family where the culture is not only known but used."

"I smudge at least once a month, I occasionally put down some tobacco for the fortunes and opportunities I have been blessed with, and I do pray for others and myself in times of despair and hardship."

One of Mareks main focuses within the ADSB is to increase the usage and knowledge of Indigenous culture both in the community and within the school system.

"I'm glad to see the culture being used more and more in schools and within our community, its something I've been working very hard at to be expressed more often."

Marek's reasoning for his contributions and efforts is to better the Algoma District School Board and the community in the long run.

Marek says his drive comes from his extreme passion for positive change and his caring personality.

"I come from a family that is always thinking of others, and that belief has been hammered into my head and I'd be damned not to continue it with all these resources and roles."