Volunteering has led to friendships for international student 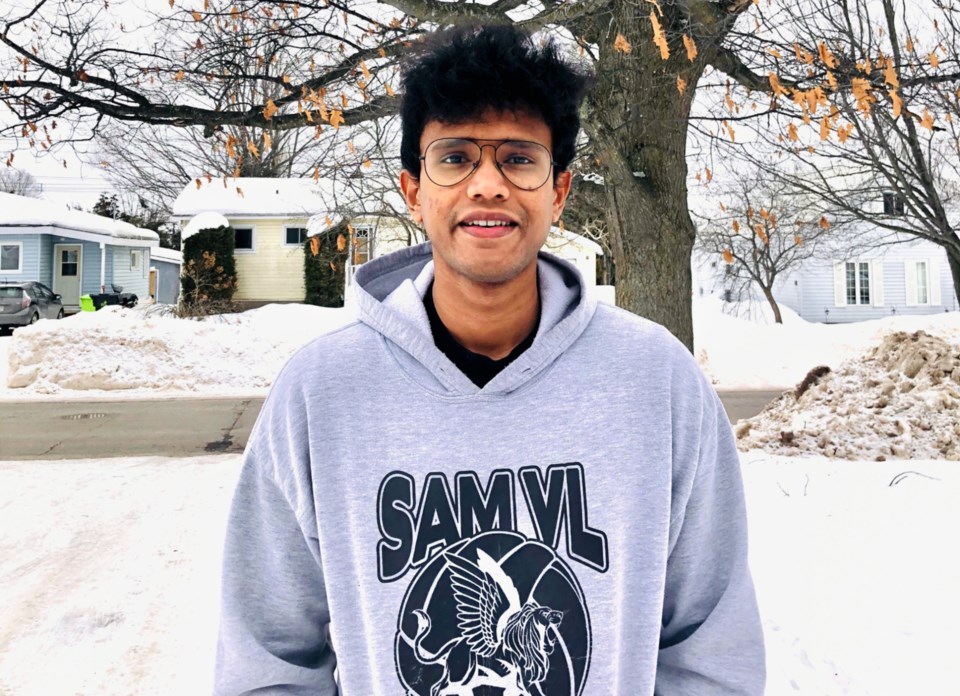 Ajay Kumar, who came to the Sault as an international student, has found friendship through volunteering. Tiffy Thompson for SooToday

Ajay Kumar had long dreamed of coming to Canada, so when the 23-year-old had the opportunity to study as an International Student at Sault College, he was thrilled. With a background in Mechanical Engineering, he enrolled in the Project Management program, and in April 2019, he arrived in the Soo.

“For the first two or three days, it was a bit hard to adjust,” he says. “But the people are so nice, and the place is so beautiful, so I was cool with that.”

He wanted to fully immerse himself, so he visited the Sault College Student’s Union office to see how he could get involved. He began volunteering with WUSC (World University Service Of Canada) Sault College, helping to raise funds for the Student Refugee Program.

The program provides young refugees with life-changing opportunities to continue their education on Canadian campuses, and build a better future for themselves and their families. Each year the local chapter fundraises and sponsors a refugee to come and study at Sault College.

“We are able to help them; and the club is the reason why they’re here," says Kumar. “It’s a really good feeling to be able to do that.”

At the first WUSC event he volunteered with, he met Mayor Christian Provenzano. “I never thought I would be able to meet the mayor, and take a picture with him,” he says. “That was a great day for me.”

He’s since assisted with numerous events, including Canadian Multicultural Day celebrations, World Refugee Day, and more. He’s also volunteered at various downtown street parties put on by the Downtown Association, and is looking forward to helping out at his first Bon Soo this week.

Kumar also helps with intakes as an International Arrival Officer through Sault College’s International Department. When new students arrive, he heads to the airport to greet them when they step off the plane. “We welcome the newcomer students from all over the world,” he says. “We accompany them to their destination. We help them get adjusted to the country, with the people they know. Most of them are from India, so seeing an Indian person there makes them feel comfortable,” he says. “I was able to help a lot of students this way. I can stand in their shoes, and know how they feel--because I also left my country, arrived in that airport; into a new country, not knowing what to expect.”

Kumar thinks that the Canadian winter presents the biggest shock to the system for many newcomer students. “The weather is a huge adjustment. Students —especially from India — have no idea how cold it will be, especially this time of the year. I went to pick up one student at the airport; he was also from Kerala. He didn’t have the proper clothing to suit the weather over here, he was shaking.”

He’s been able to help those who are homesick, and put their minds at ease.

“I always tell them the city is really good.. And I think Sault College is one of the best colleges. The staff is helpful, the professors are excellent. I feel like it’s my second home in Canada.”

He encourages the students to open their minds to new opportunities and experiences that await them here.

“For many when they come to a new country, they try to bring their culture along with them,” he says. “For me personally, I want to follow the culture of the country I am going to.”

For Kumar, this means hitting up as many concerts as he can.

“I love the freedom [of Canada]. Compared to the country I come from, it’s like a heaven here,” he says. “I love this culture. I feel safe.”

Kumar reflects on the situation in Kerala the year before he left; a massive flood ravaged the city.

“Most of the people lost their homes,” he explains. “Lots of them were sent to emergency camps. We organized a drive to collect food and clothing, and we distributed them to the camps,” he says. “It’s in my nature to want to help.”

Above all, though, what drives him to volunteer is the human connection. “Before coming here I had a smaller friend circle, but now I’ve got friends from Canada, US, Japan, Syria, Nigeria and many more; which is really exciting for me,” he says. “I think Sault Ste. Marie is the best option for me. Volunteering gave me an opportunity to meet a lot of new people, and make friends. I love making connections with people. I learn a lot of things, and gain new experiences. That’s what keeps me coming back.”