On top of her many local contributions, Diane Marshall has been to India, Honduras and Norway through Rotary
Feb 11, 2020 12:30 PM By: Zaafina Naqvi 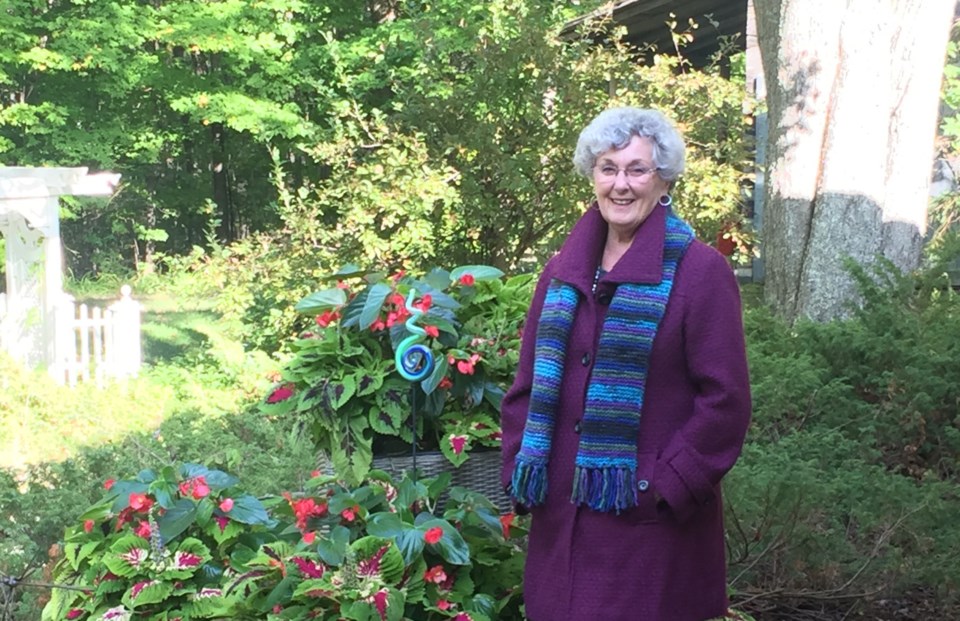 This June will mark Diane Marshall’s 30th year as a Rotary club member, and she has had a number of memorable experiences during her time so far.

Marshall — a retired school superintendent and educator — was asked to join the Rotary club in 1990.

“At that time they were just beginning to invite women to join,” Marshall said. “There were four of us that were inducted and I am the only one remaining of those four. They left for various reasons, one moved away and the other two resigned, but I’ve continued on.”

Marshall says that the club’s motto of 'Service Above Self' is foremost in her mind while working on projects both within the community and throughout the world.

“We help children with physical difficulties and disabilities, so we are a strong supporter of Thrive, the rehab centre for children on Johnson Avenue. A major project has been the playground at Bellevue Park, which allows physically disabled children to enjoy the equipment as well. The sensory section continues to be especially popular for the younger children. So we were the ones that initiated that and carried through with that. There’s so many others that we’re involved in within the community. They’re wonderful projects to work for,” she said.

Marshall has not only been a part of local projects, but international projects as well.

“Right now one of our top priorities is the elimination of polio,” Marshall told SooToday. “We’re almost there, we just have a couple of countries that are giving us some problems because of the political situations there. Once we’ve eliminated the disease and the world remains free of the virus for 3 years, we’ll be then able to declare victory over polio. But we’ve been working diligently on that program since the 80s and we’re getting close but we haven’t quite made it yet. The other projects are water, sanitation and literacy.”

A few of the assignments that she has participated in have stood out in her memory.

“I’ve had the wonderful opportunity to take part in the immunization program in India. So I went to India and took part in that, just to assist the people working in the various centers there. There was a group of us and we did that in the year 2000. I also went on a water project to Honduras and we put water filtration systems within a mountain village there,” Marshall said. “Then in 2010 I led a group of young female professionals and we were assigned the country of Norway, and spent a month there with various Rotary clubs. So I’ve had some wonderful experiences at the international level.”

“Now, and for the last four years, I’ve been Assistant Governor for the Great Northern Region of District #6290, which includes the two clubs in Sault Ste. Marie, two clubs in Soo Michigan plus The Wawa Rotary Club and Blind River Club,” she said.

Aside from her work with the Rotary Club, Marshall is the Christmas Cheer convener and has done that since 2004. She is chair of her church council at Central United Church, serves on the Emergency Department’s Patient and Family Advisory Council for Sault Area Hospital, and is on the Fundraising Committee for Habitat for Humanity.

Marshall is continuing to leave her mark on the city of Sault Ste. Marie and the world.

“I just feel blessed that I am able to contribute to our community and beyond.”